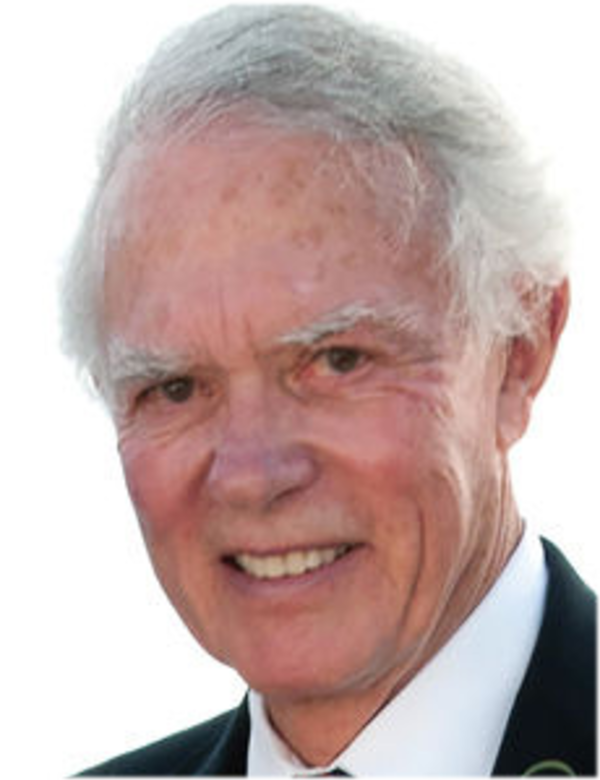 Gary Dean Hornbuckle was born March 22nd, 1939 in Ottawa, Kansas. He received his PhD in Electrical Engineering from the University of California, Berkeley in 1967. Early on he was a recognized pioneer in the computer industry, sought after by RAND Corporation and M.I.T. prior to forming his own companies; Applicon, Inc., IMPRES, Inc. and Hornbuckle Engineering, Inc. throughout which time he secured many patents.

Gary and his wife Sandra Schmidt Hubred Hornbuckle, who predeceased him, lived in Pebble Beach for 28 years, enjoying all that this beautiful area and their many friends offered them. Gary was an avid golfer and he and Sandra were active members of The Monterey Peninsula Country Club where Gary served as President in 2004. They both were also members of The Beach and Tennis Club at Pebble Beach and The Stillwater Yacht Club where Gary was Treasurer for several years and Commodore in 2005. Gary’s design and remarkable carpentry skills were responsible for the little boathouse now standing at the end of the pier at Stillwater Cove.

Although officially retired in 2000, Gary was anything but inactive. He joined SIR (Sons-In-Retirement) in 2002, became a member of its Board of Directors and held numerous offices including SIR president (BIG SIR). Gary’s leadership led to SIR becoming Stillwater Club where he served as its first treasurer. Stillwater Club credits Gary’s involvement, dedication and many contributions to its thriving today with close to 200 members. Gary served on numerous other boards, including Del Monte Forest Property Owners (DMFPO) from 2001-2003, serving as Treasurer from 2002-2003 and on the Board of Pebble Beach Community Services District (PBCSD) 2003-2011, serving two terms as Board President.

Gary was always humble, inventive and curious, actively in search of new adventures. Above all, he was kind, caring and generous. After leaving Pebble Beach for Ketchum, Idaho, during the last years of his life, Gary quickly developed a love for high altitudes and mountains, hiking and cross-country skiing with Barbi. Most of all he cherished being with Barbi in their family cabin in the Sawtooth National Forest. When not there, Gary often could be found in his dream workshop where he pursued his lifelong passion for woodworking. He was recognized and respected by many as a true master of his beloved craft.

For those who desire, a donation honoring and in memory of Gary can be made to the Gary D. Hornbuckle Memorial Scholarship Fund established to annually benefit a deserving high school senior committed to a career in engineering or computer science. Donations can be sent to: US Bank (Attn: Jackie Cole), PO Box 5920, Ketchum, ID 83340.

A celebration of Gary’s rewarding and full life will be held in Idaho this summer. Date and time will be announced later.

Photos and stories can be shared on this site or if preferred on Facebook at:
www.facebook.com/groups/celebratinggaryhornbuckle/

To order memorial trees or send flowers to the family in memory of Gary Hornbuckle, please visit our flower store.