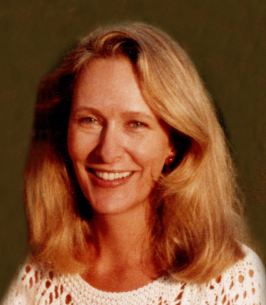 Heather, a third generation Idahoan, was born in Boise where her father was an attorney. At one time her grandfather was the Idaho Attorney General. After practicing law in Boise for a few years, her father moved the family to Twin Falls.

Heather attended college at the University of Idaho, where she joined the Pi Beta Phi sorority just as her mother had done, and where her mother hoped Heather might find a handsome law or pre-med student. Of course she fell in love with the opposite, Steve Cook, an architectural student. While at the university, Heather made several friendships, including Sally and Ed Elliott, that she would cherish for the rest of her life.

After graduation, Heather bought a one-way ticket to Paris to live with her former roommate Sally. That was 1969, when two young women could hitch-hike safely around Europe, which they did for three months. Heather then returned to Idaho and married Steve, with Paris etched deep into her heart.

In 1973, Heather returned to Paris, planning to spend a year learning French. Seven years later, with a diploma from The Sorbonne and a master’s degree from Middlebury College’s Paris campus, Heather returned to the States to teach French. She decided to try Seattle, where she had spent a sunny day years before, (little did she know…). There, she taught French to community college and high school students, became involved in the culinary world, and met and married her second architect, Micheal Doss.

Through self-education, Heather became a successful independent art consultant in Seattle. In the late ‘80s and ‘90s during the tech boom, Heather helped build personal art collections of some of the tech pioneers. She also helped found The Seattle Art Fair.

When her marriage ended with Micheal in 1998, she moved to Ketchum where her family had a condo on Warm Springs road. She continued to cultivate her interests in the arts, working with Gail Severn Gallery and teaching French. In 2003, she fell in love with one of her students, Roger Evans. Together they set up an apartment in Paris, and were married there in 2005. Tragically, Roger died of cancer in 2006.

For years after, Heather continued to split her time between Paris and Ketchum, accompanied by her two Siamese cats. It was during this time that she wrote her cookbook, Artfully Edible. Published in 2015, it’s a collection of recipes, featuring elegant presentations and references to the art and artists Heather always loved.

Heather became a member of the PEO group in 2013, where she met many dear friends that were extremely helpful in the last few years while she battled ovarian cancer. In January, Heather rallied for one last trip to France to “eat her way across Paris” with a few of her usual suspects.

Elegant, generous, worldly, and so much fun, Heather will be remembered by her friends as a superb cook, gracious host, thoughtful teacher, and a true grande dame. She loved France and represented all things French with a dedicated enthusiasm. France mourns her passing!

Heather was preceded in death by her parents, Lorraine and William Langley, and is survived by her brother Jim Langley and his wife Susan. Donations can be made in her memory to Hospice and Palliative Care of the Wood River Valley, PO Box 4320, Ketchum, ID 83340, or Mountain Humane, PO Box 1496, Hailey, ID 83333.

It was Heather’s wish for a small private graveside service to be held at the Ketchum cemetery on June 11th at 3:00. This is her 73rd Birthday. Due to the Covid-19 outbreak, Heather wished to postpone a reception. We will honor her today each time we cook her recipes.
To order memorial trees or send flowers to the family in memory of Heather Jane Langley-Evans, please visit our flower store.

It was Heather&rsquo;s wish for a small private graveside service to be held at the Ketchum cemetery on June 11th at 3:00.