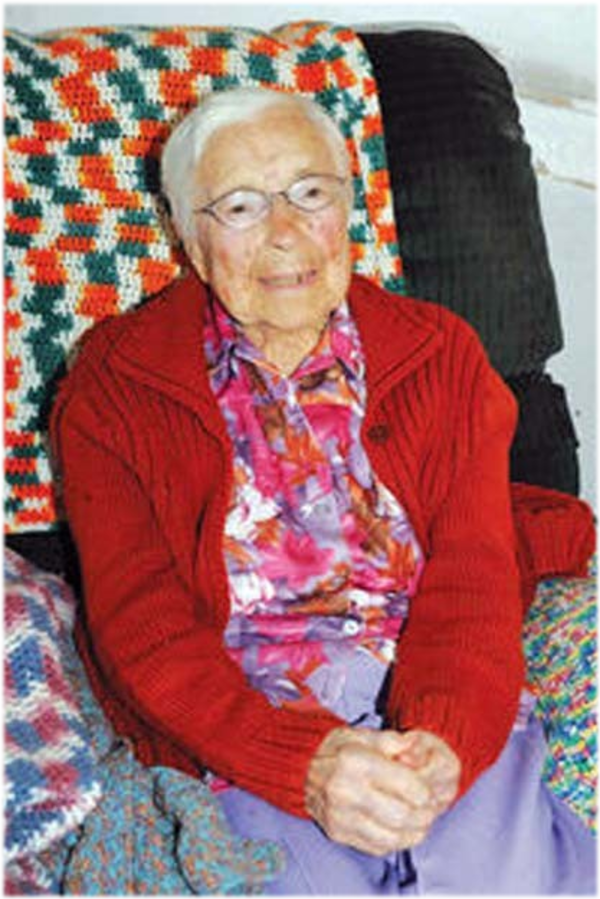 Chrystal Leola Harper, age 111, of Bellevue, passed away on Dec. 11 at Bell Mountain Village and Care Center in Bellevue. According to the New England Centenarian Study, she was the oldest woman in Idaho and the 14th-oldest woman in the United States.

Born at Stanton Crossing, 15 miles southwest of Bellevue, Harper was the daughter of William Henry and Alice Elizabeth Fowler Uhrig. Chrystal joined siblings Fred, Ben, Hazel (Johnson), Delsie (Miller), and later Bill Uhrig. They lived on a farm by Stanton’s Crossing south of Bellevue. As a young girl, she traveled to Bellevue by wagon twice each year, a full day’s journey each way at that time. Chrystal's mother died when she was 5 years old.

When the family farm was sold in 1917, Harper moved to Boise, where she met her soon-to-be husband, Ed Harper, who had just completed his military training in preparation for sailing to Europe to fight in World War I. However, the war ended before he shipped out, and he was playing baseball when he spotted Chrystal Uhrig for the first time. “He walked up to me and said hello, and that was it,” Harper told the Idaho Mountain Express in 2009.

The couple married on Sept. 15, 1924, and moved to Long Beach, California, where they had a dry cleaning business, returning to the Wood River valley in 1943. Ed passed away in 1959.

Chrystal remained in Bellevue at her home after retiring at the age of 88. She spent many hours mowing, planting flowers and taking care of any animals needing care. She was in her home until moving to Bell Mountain Care Center in the fall of 2015 until her passing on December 11, 2016 at 111 years.

Harper saw more changes during her lifetime than most. She was born in the year that Teddy Roosevelt was sworn in as president, and while the Wright Brothers were still refining the first experimental airplanes.

Harper was also well ahead of her time in some respects. She was known for defending animals that were not treated well, even reporting to the sheriff’s office when rodeo stock were left out in the sun.

Chrystal Harper, widowed in 1959, continued working until well into her 80s. When she turned 110 last year, Harper became one in 7 million, the number of people who live for 11 decades.

A Memorial Service will be planned for next spring. Arrangements and cremation are under the care of Wood River Chapel, and friends may leave a condolence, share a memory or photo, and light a candle at www.woodriverchapel.com

She will be missed by many!

To order memorial trees or send flowers to the family in memory of Chrystal Harper, please visit our flower store.