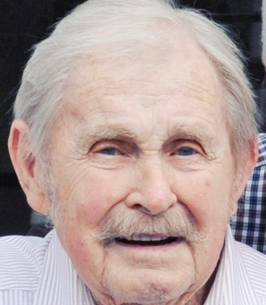 Born March 21, 1927 in Garfield, Utah to William Charles and Esther Olmstead Spence, he was the eldest of two boys (Charles, deceased). Raised in SLC, he attended East High School and the University of Utah.

He moved to Sun Valley, Idaho in 1970. He was a faithful member of the Church of Jesus Christ of Latter-Day Saints and a proud veteran of the WWII US Army Air Corps – 4th Army Division.

He is survived by his sons, Jon (Arleen), Robert, Jim (Shari), Stephen, and many grandchildren and great-grandchildren. Preceded in death by his wife, Kathy Spence (1/20/20).

Due to current conditions, a private family graveside service was held at the Hailey City Cemetery.
To order memorial trees or send flowers to the family in memory of George R. Spence, please visit our flower store.