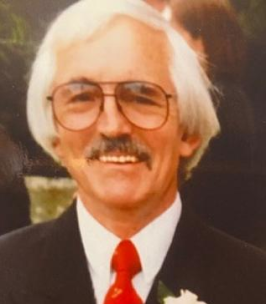 Born July 3rd 1937 in Portsmouth, UK and raised by friends of his father in Seaford on the south coast of England. Determined and ambitious, George travelled the country on his motorcycle as he served his apprenticeship as an electrical engineer.

He became an officer in the merchant navy and during this time met Hanna, an Austrian language student who would become his wife of 60 years. They met on the beach in Seaford, where his dog would not leave Hanna alone and forced the introduction.

Following his wanderlust and seeking adventure, they moved to the Australian outback with their young daughter and eventually moved to Sydney where they added a son to the family.

George became a very respected lighting director for an Australian television channel for nine years before returning to England and joining the BBC news team as a cameraman.

He travelled the world covering news stories wherever they happened, from the Brazilian Amazon and Russia, to covering the conflicts in Bosnia and Iraq.

After retiring, George and Hanna moved to the US and eventually Hailey to be close to family.

George had a lifelong passion for motorcycles and loved the serenity and adventure of the open road, enjoying numerous road trips in the UK and US on every type of motorcycle imaginable.

George was always the calm voice of reason in any situation and had an unrivalled sense of humor and quick wit that often put those around him into fits of laughter.

A devoted husband, loving father and loyal friend, he has left so many wonderful memories to be treasured by those who knew him.

A celebration of his life will be held in Hailey with the date to be announced.
To order memorial trees or send flowers to the family in memory of George Poole, please visit our flower store.

A celebration of his life will be held in Hailey with the date to be announced.