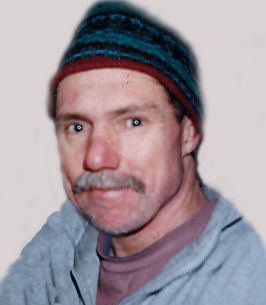 Soar on Geoff! Our hearts ache, you left us too soon and will be sorely missed. Born in
Santa Barbara, California, November 19, 1958, Geoff was raised in Manhattan Beach. Geoff
spent his childhood with his many friends swimming in the Pacific Ocean, bike riding on the
strand, playing baseball, street hockey, and attending Dodgers' baseball and Kings' Hockey games.
To know Geoff was to love Geoff, as he made friends easily. He was a good listener and his
keen sense of humor, quick wit, insightfulness, and unique perspectives on all topics made
conversations with him beyond interesting. He was extraordinarily creative with a beautiful mind.

Throughout life, his interests were sports, weather, birds, trees, music, and planes.
From a young age he would watch airplanes take off and land at LAX with his dad. He
loved music and taught himself to play guitar. He studied meteorology in college while learning
to fly, and by 20 obtained his Private Pilot's License and decided to pursue that full time. It was
then, he met his future wife, Lisa. Their first date was a flight to Catalina Island with Geoff
performing all sorts of aerobatics, it was her first time in an airplane and she wasn’t able to find
the "bag" while flying upside down, so upon landing, they spent hours cleaning the airplane. In
1979-1980 Geoff obtained his instrument, commercial, flight instructor, multi-engine, Instrument
Instructor, and Seaplane ratings. In 1980 Geoff and Lisa peddled their bicycles through Canada
from Banff to Jasper across to Prince Rupert, down Vancouver Island, along the Washington,
Oregon, California coast to San Francisco. A year later they moved to Sun Valley and Geoff
quickly obtained his Commercial Glider rating and went to work for Sun Valley Soaring as a tow
and glider pilot. He also worked for Salmon Air Taxi chartering flights throughout Idaho including extensive backcountry and remote mountain airstrip operations. He loved this type of flying!

In 1985 he received his Airline Transport Pilot rating and flew for WestAir, Fresno and Alaska
Aeronautical Industries in Anchorage, AK but decided he’d rather live in the Mountains of Idaho
than a big city.

Geoff lived life to the fullest, he climbed 40+ peaks over 10,000 feet, skied, and played
hockey. Geoff was an avid animal lover and always surrounded by his beloved dogs! He had a
passion for finding dogs that needed a home and providing them the love and attention they
deserved, sometimes caring for up to four at a time.

In 1992, his son Zak was born, and Geoff embraced fatherhood as a natural! Zak was the light of his life, and they went everywhere together. Geoff taught Zak hockey and baseball, took him flying, and guided him as Zak followed in his footsteps to become a pilot himself. Geoff was so proud of his son and the man he became, considering him his greatest joy and accomplishment.

Geoff was soulful, genuine, and true and left an imprint on this Earth. Healthy most his life, this past year he had open heart surgery, and recently began having seizures. His last seizure was the one that took him from us. He is survived by his son Zak Sjoberg, ex-wife and close friend, Lisa Sjoberg, and his many friends. He was preceded in death by this Father, Mother and
Brother. He will live forever within our hearts and never be forgotten.

A celebration of life will be announced at a later date.
To order memorial trees or send flowers to the family in memory of Geoffrey Daniel Sjoberg, please visit our flower store.