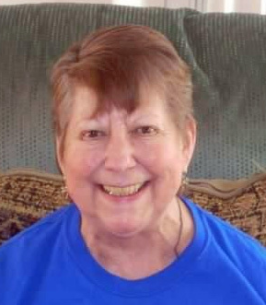 Gail J. Davis, 76, a resident of Bellevue, died peacefully Sunday, June 2, 2019 at St. Lukes Wood River Medical Center with family by her side.

She was born February 7, 1943 in Wendell, Idaho, the daughter of Delbert and Madge Ovard. She moved to the Wood River Valley with her parents in 1947, and attended schools in the valley.

Gail worked at various jobs within the valley ending with construction cleanup after she met and married Richard “Rick” Davis. They married April 23, 1971, but separated twelve years ago and were recently divorced.

She is survived by her daughter Aundrea Rasmussen, her husband Kevin and their children Carrie (Josiah) Blycker and Jessie (Seth) West and Great granddaughters Elizabeth and Charlotte West; and her two sons Scott Davis of Bellevue and Jay Davis of Twin Falls and his daughter Katrina Davis.

Preceding her in death were her parents Delbert and Madge Ovard, and two brothers David Ovard and Delbert Ovard, Jr.

In accordance with Gail’s wishes, private family services are planned. Friends are invited to share a memory or photo at www.woodriverchapel.com
To order memorial trees or send flowers to the family in memory of Gail Juanita Davis, please visit our flower store.