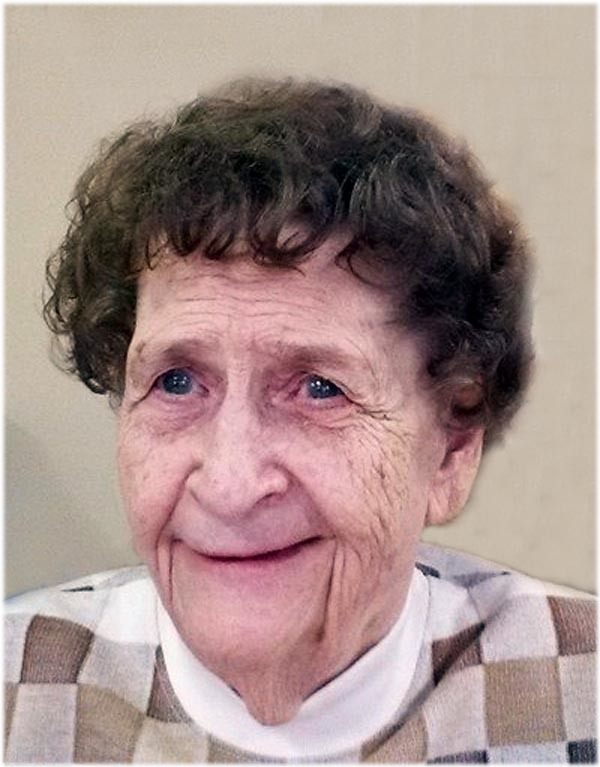 Joyce French, 88, of Bellevue, Idaho, formerly of Wayne, Nebraska died at her home on Friday, February 26, 2016. Funeral services will be held on Sunday, March 6, 2016 at 2:00 p.m. at the Bressler - Munderloh - Smith Funeral Home in Wakefield with Pastor Carol Jean Stapleton officiating. The visitation will be held on Saturday, March 5, 2016 from 3:00 until 5:00 p.m. at the funeral home. Burial will be in the Eastview Cemetery near Allen, Nebraska. Bressler - Munderloh - Smith Funeral Home is in charge of the arrangements.

Joyce French was born December 19, 1927 to Pearce and Hattie Vande Brake in Orange City, IA. She spent her childhood on a farm outside Maurice, IA. After graduation, Joyce attended a business school and became a bookkeeper. She met and married Marlen French in 1952 and started a long career as a farmwife outside Waterbury, NE. During this time, she raised 6 children, kept a huge garden and helped raise all types of animals to feed her family throughout the year. She enjoyed traveling to visit family and friends, bird watching, quilting, knitting, sewing and gardening.

Joyce died peacefully in her sleep on February 26 outside of Bellevue, ID where she spent the last 15 months being cared for by family. She always had a cat on her lap, a dog by her side, and horses running by outside. The highlight of her day was when she would go out to eat with family. Eggplant Parmesan was her favorite.

Joyce was preceded in death by her husband, Marlen and son, Kevin.

To order memorial trees or send flowers to the family in memory of Joyce French, please visit our flower store.