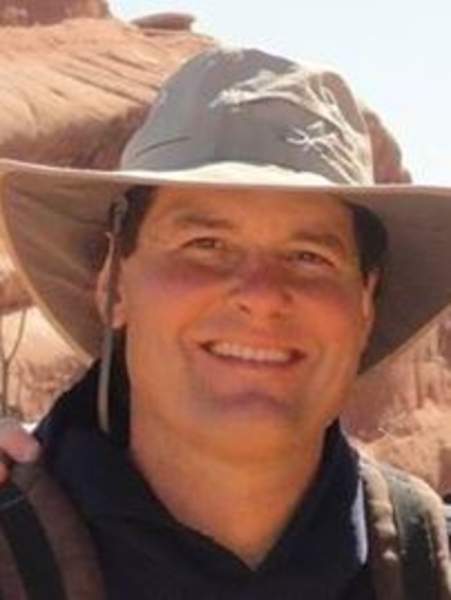 Born and raised in Lakeside, California, he grew up playing outside and fell in love with the great outdoors and all sports, especially football, basketball and baseball. By High School, Dan was a star athlete and the varsity quarterback for three years. His senior year he was all-league QB. He played several years of varsity basketball and baseball. He excelled in academics, art, and sports and graduated from El Capitan HS in 1989. He was recruited by many schools and in the fall of 1989, Dan was headed to Harvard.

Dan had an unparalleled passion for the grandeur and art of life. Experiences and relationships were the joy and art and substance of life. He persevered to excel in everything he did. He had many diverse and amazing talents. From art, to music, to sports, to spending time with his family and in Nature, to relationships with people and Earth, he strived to do the best, be the best, and find magic in it all.

While attending Harvard, Dan played football. In 1990, he scored a touchdown against Yale on national TV. During one particular game, Dan took the opportunity to call his own plays and they came from behind to win against Holy Cross. Dan won respect from his team-mates which was very important to him. His senior year he played Rugby, and the team came in second place at the National Championship. Dan graduated from Harvard in 1993 with a degree in Philosophy. Many years of deep and soulful conversations lay ahead.

Summers between college were spent in the Sawtooths working Trail Crew for the Forest Service. Dan enjoyed hard physical labor and spent all day clearing trails. At the end of a long day, Dan would want to climb more peaks and run more ridges, and off he would go until dark. Through this cherished time in the mountains, Dan acquired an incredibly thorough knowledge of the entire Sawtooth range, and he knew it like the back of his hand. Dan knew every peak, valley, lake, river, and stream. Later he would go backpacking for days with Carol, off-trail.

Never one to be pigeon-holed or think within societal confines, Dan left for his beloved Sawtooth Mountains after graduating Harvard. He worked in Stanley, Ketchum, and on and off for the Forest Service. In Ketchum in 1994, Dan met his life companion and soul-mate, Carol Murphy, and they hiked, backpacked, explored, and took photographs. After the birth of their daughter in 1999, Dan started up a local smoothie delivery business called Banana Dan’s Fruit Smoothies. Even though he only delivered for one year, locals still call him ‘Banana Dan’ and fondly remember his delicious smoothies.

Dan’s next business venture was to farm. He read a few books, then dove right in knowing that he would need to acquire knowledge through experience. Starting out Croy Canyon with a friend, he soon turned to the property in Hailey and with Carol, Shooting Star Farm was born. From 2001 until the present, Dan and Carol have been selling vegetables to local restaurants and at the Ketchum and Hailey Farmers Markets. Dan knew how to grow the best vegetables for the climate and soil. He was meticulous in picking varieties and knowing the characteristics of his crops. Banana Dan became known as Farmer Dan.

Dan worked for a few years at the Sage School as the Greenhouse Coordinator and teaching art. He transposed his love of learning to the students and he was considered an inspiration to all.

After each growing season, Dan worked the last 13 winters at The Waxroom. He mastered the Wintersteiger stone grinder and developed techniques and innovative ways to achieve world class stone grinds. He was asked and trusted to do the stone grinds and edge prep for several US Snowboard, X-Games, and Olympic athletes. He embraced the challenge and took pride in his work. He did the complete winning stone grind for Kaitlyn Farrington’s Olympic Gold Medal board in 2014.

Everything Dan did was done differently. Small tasks he did efficiently and well, and large goals he approached with a fervent attempt to fulfill better than anyone had before. His artwork was exceptional. His understanding of color theory was so complete that he was in the final stage of a color patent which has the potential to change the world of color mixing in every venue. He was also locally known for his magical gingerbread houses at the holidays. He created artwork in several different styles and mediums, from very realistic pencil drawings to surreal backlit acrylics. He loved teaching art to anyone who had the desire to learn.

Music was another of Dan’s passions. He taught himself how to play the guitar and delved into music theory until mastering both. His blues guitar, coupled with his keyboard, his looper, his arrangements, and his smooth voice made for a sought-after one-man band performance. Dan played at Whiskey’s, The Mint, Ketchum Alive, and private events. He was excited to start writing his own music. He loved passing on this knowledge, and spent hours teaching guitar and music theory.

Dan stayed active in sports after college. For 12 years Dan played baseball in the local men’s league. Every year they would take a team to Arizona to play in the amateur MSBL World Series. Over 12 years he had a .435 batting average in 201 plate appearances. He also played in the local Men’s Basketball League where his team won the championship 5 years in a row. Years later in Hailey, he coached the WRMS boys football team in 2010 and again at Wood River HS in 2014 and brought fresh strategy and plays to the table. He firmly believed in positive coaching which brought him enormous respect from the players and parents alike. In golf, Dan came up with his own swing and he enjoyed a low handicap between 8 -10. He and his brother wrote a patent for a golf statistic concept. They started a website called Strokes Gained Golf. The patent is still pending.

One of only two people in the state of Idaho to be a certified morel expert, Dan loved morel hunting. He would find morels when nobody else could, in part because he would hike long and hard and go where nobody else would, but also because he spent time researching optimal spots. He would analyze terrain, slope aspect, and other secrets in order to be successful .

Dan loved his family more than anything in the whole world. He was so proud of his two children. He adored them. He showed them the world and was a shining example of how to live life to its fullest.

Dan passed away at home on September 14, 2015, after a very brave battle against Melanoma. He remained positive and uncomplaining to his last day.

There will be a Celebration of Life for Dan on October 17th at the Elkhorn Springs Restaurant at 4:00. Carol will be collecting any stories about Dan to put in a book for their two children. If you have a story you would like to write about Dan or just want to write something general about him, it would be greatly appreciated.

To order memorial trees or send flowers to the family in memory of Dan Freeman, please visit our flower store.