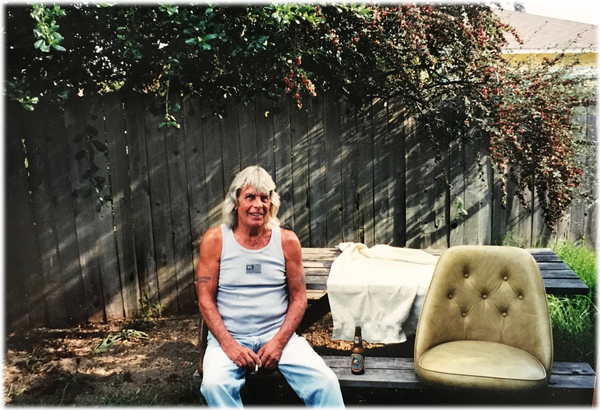 Donald Cameron Fraser, known as Don, passed away Thursday, September 13, 2018, at his home—a rock house he built with his own hands nearly forty years ago.

Born in 1932, he grew up in Denver and enlisted in the Marines at seventeen, serving as a medevac in the Korean War.

Upon his return, he left his hometown and lived a nomadic life for the next two decades, traveling all over the US and Mexico. He often reminisced about these years and how “wild” they were. He hung out with Lenny Bruce in New York City and traveled from San Francisco to Yucatan in an Army 6 x 6 truck with sculptor Ron Boise. He loved telling stories from this time like the one where he traded an old Mayan in Quintana Roo a raincoat for a baby tiger, who he named Cha Cha Kim, or how he got lost and nearly died while walking through the jungle trying to get to Via Chica.

A third-generation bricklayer and stone mason, he established Wood River Masonry in 1975, not long after he moved to Idaho. He built the rock fireplaces and veneer for many iconic buildings and houses throughout the Wood River Valley, including the lodges of River Run, Seattle, and Warm Springs. In 2003, the then seventy-one-year-old mason received recognition for his craft when he was featured on HGTV’s program Modern Masters. He continued to hone his skills until he retired at eighty- one.

Outside of work, Don liked to layout in the sun, drink cold beer, and gamble in Jackpot and Las Vegas. He had a full head of hair—which he was quite proud of—and would never cut it short.

He knew many people but was only friends with a lucky few. He loved his children, Karen, Linda, Stephanie, Cameron, and Chance, and was a kind soul.

A celebration of his life will be held this coming summer. All who knew Don are welcome to come and share their stories about him.

To order memorial trees or send flowers to the family in memory of Don Fraser, please visit our flower store.