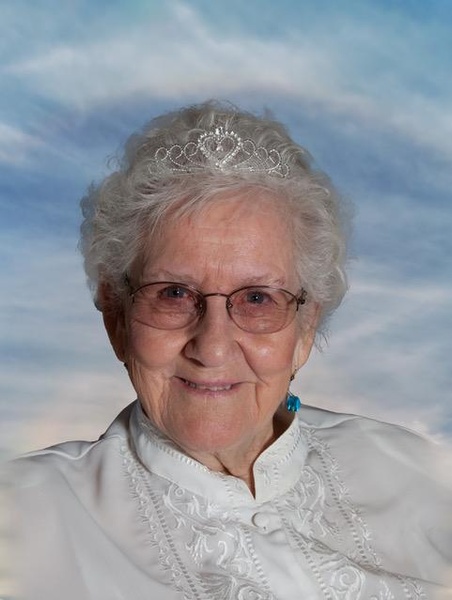 Our dear and beloved sweet Esther Boyd passed away at home on May 31st surrounded by her family. Esther recently celebrated her 102nd birthday at a wonderful party with family and friends. Esther was a wonder indeed! She was known to many in the valley for her loving, caring and playful personality. She was a true lover of life and a joyous and giving person.

Esther was born on May 18, 1920, at her home in Carey. She was the third daughter of Pauline and Rubin Peterson. Her grandfather and grandmother, John J. Peterson and Marie Jensen, settled in Carey around 1904. They traveled there by horse team and wagon, bringing equipment with them that they would use to open the town’s first sawmill at Iron Mine on Fish Creek.

Esther enjoyed a good deal of travel in her life, Hawaii being her favorite. Esther was an active church member, helped found a food bank and served as caregiver, and companion for several senior citizens in the Wood River Valley. In 2009, she was honored to be recognized as a Queen of the Heritage Court of Blaine County.

Esther is the Mother of 5 children Richard (Jackie) Boyd of Twin Falls, Peggi Mikel of Boise and Teri (Dave) Niedrich of Bellevue. Her husband Johnie Boyd, daughter Lynda Barbee and son Larry Boyd have proceeded her in death. Esther had 16 grandchildren, 28 great-grandchildren and one great-great-grandchild with another on the way.

A service will be held on Saturday, June 4th at the Calvary Bible Church at 104 Coyote Bluff Dr, Hailey, ID at 12:00 Noon.  Burial will follow in the Hailey Cemetery.

To order memorial trees or send flowers to the family in memory of Esther Irene Boyd, please visit our flower store.