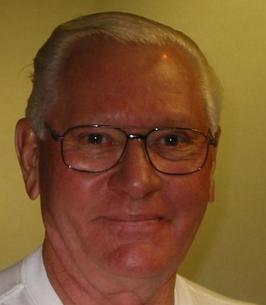 POCATELLO - Douglas Frank Smith, 79, passed away February 2, 2019, surrounded by his family. Dad was born on February 5, 1939, to Howard Frank and Ruth Eleanor Turman Smith in Idaho Falls, Idaho. Dad was the 2nd of 8 children: Sidney, Ralph, James, Lois, Betty, Howard, and Mary. After graduating from West Jefferson High School in Terreton, Idaho, dad joined the Air Force in 1958. After basic training, he was stationed in France as a munitions specialist. He was honorably discharged in 1962.

Dad had many jobs during his life, including owning two gas stations; one in Monteview, Idaho and the other in Pocatello. After he sold his gas stations, he never gave up his passion of being a master mechanic and continued to work on vehicles and do fab work out of his shop at his house. Dad went to work at Garrett Freightlines in 1966 until their layoff in 1982. He then began to work for Great Western Malting until he retired in 1995.

Dad was an amazing man. If you could dream it, he could build it. He will be missed by many.

Douglas then met the love of his life, Arlene Kearns, in 1984, after they were set up on a blind date. Arlene brought with her an additional family, Vickie (Dave) Talich, Kent (Marie), Keith (Becky), and Bill (Alli) Kearns, and an additional six grandchildren and four great grandchildren. Arlene passed away in 2008.

During Dad and Arlene’s life together, they had many amazing adventures. They traveled to Russia, Alaska, the Panama Canal, and multiple trips to Mexico. There favorite place was their second home in Island Park. Arlene’s birthday was September 1st, so there was always a big celebration over Labor Day weekend with family and friends.

Dad met Carol Beamis during the last two years of his life. Carol would come and pick dad up from the house for a day trip every Wednesday. We saw a smile on dad’s face when he was with Carol that we hadn’t seen for a long time. Dad’s kids are grateful for the companionship, care, and love she gave dad until the very end.

Dad was preceded in death by both of his parents, and two brothers Sidney and James.

Fulfilling dad’s wish, he donated his body to science. Please join us for a celebration of his amazing life on April 6, 2019, from 1:00 pm to 4:00 pm, at the Bannock County Veteran’s Memorial Building, 300 N Johnson Ave, Pocatello, ID.

In lieu of flowers, contributions may be sent to Hospice & Palliative Care of The Wood River Valley, PO Box 4320, Ketchum, ID 83340, who took amazing care of dad during his illness. Condolences may be sent to the family online at www.woodriverchapel.com

To order memorial trees or send flowers to the family in memory of Douglas Frank "Doug" Smith, please visit our flower store.