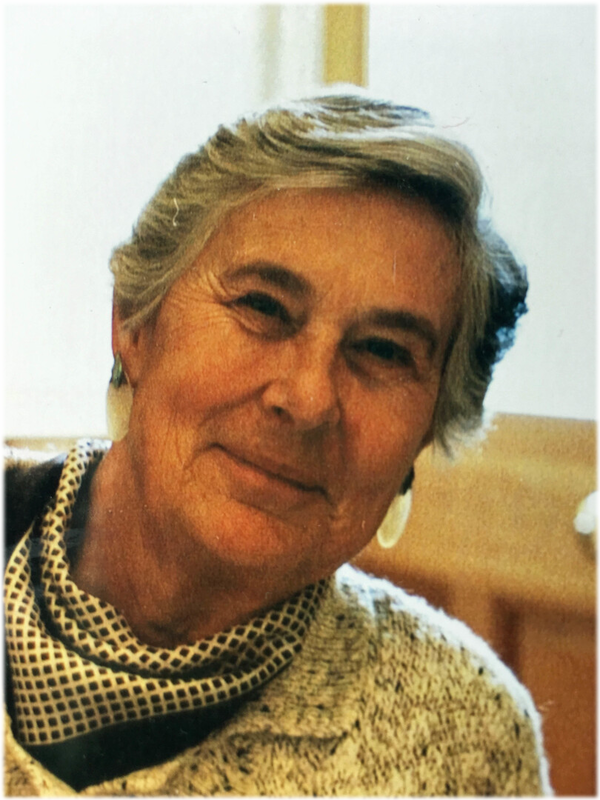 Sally was born in Summit, New Jersey in 1926, the daughter of John Kingsley Livingston and Marjory Davis Livingston. She attended the Kent Place School, Bennington College and the University of Colorado, where she met James Donart, the man she would marry. They bonded over their shared love of skiing and a passion for social justice and were married in 1949. As newlyweds, they move to Jim’s hometown of Weiser, Idaho, where Jim practiced law with his father. Together they raised three children while Sally found many ways to be active in her community. Among other things, she organized a volunteer-run children’s library and summer reading program, taught swimming lessons and was active in her church. She also served as a Democratic precinct captain and was involved in many national and local elections, including her husband’s successful run for the Idaho state senate. In what would develop into a lifelong passion, Sally became an advocate for the Mental Health Association, eventually serving as state president and a national vice president. During that time, she helped pioneer the concept of community out-patient mental health services, advocating for those services before local county commissions, the Idaho legislature and Congress.

Together Sally and Jim built a cabin in west Ketchum in 1955, which they enjoyed both summer and winter, and in 1962 built the little house that would become their home in Lake Creek. During their summers there, Sally taught her children cards games and folk songs and shared her love of Idaho’s mountains, flowers, and wild creatures, as well as her talent for bad puns. More than anything, however, she shared with them her openness to people no matter who they were or where their paths might cross.

Sally and Jim moved to Ketchum full time in 1972, where Sally worked briefly as a stringer for United Press International and later became editor of Ketchum Tomorrow, an environmentally-focused weekly newspaper and a forerunner of the Idaho Mountain Express. Later she worked as a librarian at the Ketchum Community Library and as executive director of the Idaho Nurses Association before entering the master’s program in clinical counseling psychology at John F Kennedy University in Orinda CA, in 1984. She became a licensed professional counselor at age 60, serving a diverse clientele of adults, children and families for the next 20 years.

In her local volunteer work, Sally served on the board of the Crisis Hotline and the Blaine County Hospital Advisory Board and was a Hospice volunteer. She also served on the board of the Idaho chapter of the ACLU, as Chair of the Blaine County Democrats, and was active in fundraising for many progressive causes. Sally was a member of St. Thomas Episcopal Church, serving on its vestry, singing in the choir and leading Taize services. In recognition of her long career in community service, she was honored with the Doug and Ann Christensen Humanitarian Award in 2005 and was named to the Blaine County Heritage Court.

While Sally’s list of accomplishments is long and distinguished, most who knew her will remember her as much for who she was as for what she did. While she was always an active and engaged citizen of the world, she was also a kind and compassionate friend and a champion of the unique expression of each individual. Her years of advocacy were rooted in her fundamental belief in the equal dignity of all.

Sally is survived by her children Gretchen Donart of Richmond, California; George Donart of Anchorage, Alaska; Sara Donart Gorham of Hailey, Idaho, and grandchildren Owen Donart Herriman of Seattle, Ryan Gorham of Philadelphia, and Lydia Gorham of Oakland, California. Her husband James Donart died in 1990. In lieu of flowers, the family suggests donations to the Hospice of the Wood River Valley. The family also wishes to acknowledge and give thanks for the loving care Sally received in the last year of her life at the Lincoln County Care Center in Shoshone, Idaho, and at Bell Mountain Assisted Living in Bellevue, Idaho.

The memorial service will be at 4:00 pm, Saturday, October 7, 2017 at the St. Thomas Episcopal Church, Sun Valley, Idaho.

To order memorial trees or send flowers to the family in memory of Sally Donart, please visit our flower store.