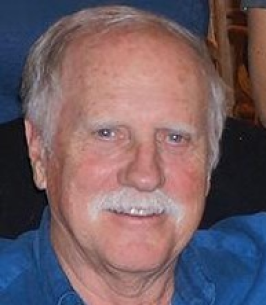 Born on Independence Day, Dave truly lived the American Dream. He grew up in Yakima, Wash., and was ASB president at East Valley High School. He attended Whitworth College on a track scholarship and graduated with a political science degree, married his high school sweetheart, Trudi, joined the Navy and built a successful business career in the Pacific Northwest.

Dave built his life around relationships, and no relationship was stronger than the one he shared with his first love, Trudi. Unwavering and unchallenged, for 53 years their marriage was evidence that sometimes fairy tales can happen in real life.

In the Navy, Dave was accepted into the pilot training program in Pensacola but never flew due to eyesight that wasn’t quite 20/20. Perhaps the Navy found a stronger path for Dave by training him to become a minority affairs officer. Using his innate people skills, he initiated community outreach programs and supported the recruitment of minorities in Washington, D.C., Maryland, Pennsylvania, Kentucky, Virginia and West Virginia.

After the Navy, Dave embarked on a career in public relations, with key positions at Hill and Knowlton both in Seattle and Honolulu. Missing the gray skies of the Pacific Northwest, he and Trudi eventually returned to Seattle where he served as vice president, director of corporate communications for Rainier National Bank.

In 1981, Dave famously joined with Ron Elgin to found Elgin Syferd, which grew to become the largest independent marketing communications agency in the Pacific Northwest, with clients like Nordstrom, McDonald’s, Holland America, Microsoft and many more. After he and Ron sold their agency to powerhouse DDB Needham, he traveled the globe with Trudi and spent many days fly fishing and skiing in his favorite place on earth, Sun Valley, Idaho.

Following this “practice retirement,” he opened Dave Syferd & Partners, a small and highly respected marketing communications agency in Seattle. When DS&P closed its doors for good, he moved to Sun Valley for good. He joined the board of Visit Sun Valley and skied as many days as he could.

Dave was famous for his kindness, warmth and generosity. He was an adored mentor and friend to many. When he was inducted into Marketing Immortals in 2014, he spoke of the “fantastic people we hired,” and his immense pride at the success of Elgin Syferd alums. Most who had the chance to work with him consider him a lifelong friend.

Dave was an eternal optimist and a great listener. He enjoyed sharing his love of wine, the Green Bay Packers and being on the mountain. He was a mediocre golfer but an excellent badminton player.

Dave takes with him an irreplaceable piece in his family’s heart but leaves behind a wonderful legacy of love and kindness.

He is survived by his wife, Trudi; son, Ryan, and daughter-in-law Jen; daughter, Dana, and son-in-law, Dan; and grandchildren, Riley (17), Nathan (13), Milo (9), Luna (7), Ava (6) and Birdie (4); brother, Darrell; and numerous nieces, nephews, in-laws and friends around the country and world. To be loved by Dave was the ultimate gift.

Dave Syferd was preceded in death by his parents, Leonard and Laverne Syferd, and his beloved cat, Nestor.
To order memorial trees or send flowers to the family in memory of David Neil "Dave" Syferd, please visit our flower store.