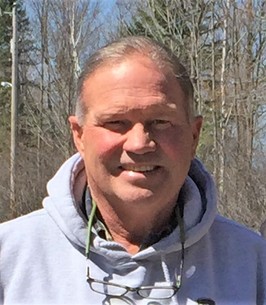 David John Pakonen, 62, of Ketchum, ID, passed away unexpectedly at his home on Saturday, March 21, 2020, after a brief illness.

Dave was born on July 8, 1957 in White Pine, Michigan, son of the late Kenneth and Rose (Domencich) Pakonen. He graduated from White Pine High School in 1975 and Michigan State University in 1979.

After college, Dave headed west and settled in Ketchum, Idaho, which suited him perfectly as he was an avid skier, bicyclist, hiker, fisherman, and duck hunter. For the past 20 years, his passion became golf and he was known to head down to Gooding for a great game in all sorts of weather.

Dave was known for his attention to detail in his work as a finish carpenter. But more than anything he was known by his coworkers for his sense of humor, dry wit, and hilarious one-liners.

Surviving are his brother Thomas (Julie) of Ironwood, MI; sister Jane (Brian) Labby of Midland, MI; sister-in-law Christina Pakonen of Anchorage, AK and their families, as well as numerous aunts, uncles, and cousins. “Davey” will be greatly missed by his extensive group of friends. His big smile, gentle demeanor, and quiet laugh will be missed by all.

Besides his parents, Dave was preceded in death by his nephew Ryan Sobolik, and most recently his dear brother, Gerald “Jerry” Pakonen, with whom he shared many laughs and adventures in their many years together in central Idaho.

Memorial celebrations will be planned at a later date. Interment will be in Riverside Cemetery, Ironwood MI later this year.

To honor Dave’s memory, think of him as you shoot a round of golf or enjoy a martini with friends.

Memorial contributions may be directed to a charity of your choice or the Gooding Country Club, P.O. Box 492, Gooding, ID 83330 for their spring beautification and improvement projects. Dave was always an enthusiastic supporter of this annual event, with the outcome enjoyed by so many in the community.
To order memorial trees or send flowers to the family in memory of David John Pakonen, please visit our flower store.

Memorial celebrations will be planned at a later date. Interment will be in Riverside Cemetery, Ironwood MI later this year.