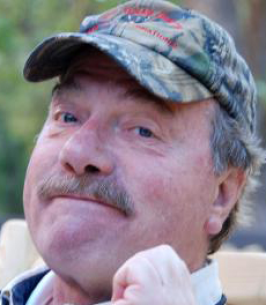 Our amazing husband, father, brother, and son passed away unexpectedly on April 22nd, 2020. David M. Norton was born on November 13th, 1947 to David Earl and Donna Beck Norton in Salt Lake City, UT. The family later moved to Idaho Falls where Dave attended Idaho Falls High School. He excelled in football, debate and was student body president. He attended the University of Utah where he boasted eight years of school without a degree but achieved a Masters in Fun. His entrepreneurial spirit showed up in 1971 as the business owner of the Sheepskin Coat Factory in Ketchum, Idaho which he owned with his wife and best friend, Brenda. He made lasting deep friendships wherever he went, had the best laugh and a mischievous look in his eyes. He had a personality that made you feel good just by being around him, we miss him so much but relish in all the stories and fun memories we have – in his elusive relationship with the IRS he was known to the government as Cave Monton – owner of the Shrimpskin Coat Factory. Dave was a renowned art dealer and a lifelong lover and collector of Western Art.
Dave and Brenda travelled the world over, most recently to Africa – he loved adventure, was an avid skier – he just loved life. Most of all he adored and loved his wife Brenda whom he married in 1983. He leaves behind the love of his life Brenda, his son and best friend Tyler, beloved mother Donna, brother Larry, sister Debra (Kirk)Thorn, twin brothers Rick (Esther) Norton and Rand (Cathy) Norton, as well as countless nieces and nephews. It should be noted that all the siblings claim they were told by Dave in confidence that they were his favorite. Dave is preceded in death by his father Earl and sister in law Jody.
In lieu of flowers, please raise a glass to Dave and share your favorite memory. Family graveside services will be held the week of April 26th with a celebration of life to be determined later.

To order memorial trees or send flowers to the family in memory of David M "Dave" Norton, please visit our flower store.