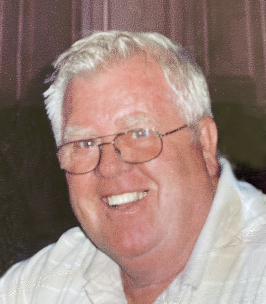 David Dean Munster passed away on Tuesday, December 2, 2020, at the age of 85, in Pocatello, Idaho.
Dave was born in Ogallala, Nebraska, to the late Peter and Grace Jenkins Munster Monk, on April 29, 1935.

In 1944, his family, including his older brother John (deceased 1992), and younger sisters, Mary Sliman (deceased December 2019) and Martha Kennington (deceased February 2020), moved to southern Idaho. He attended school in Shoshone, Idaho, where he was involved in baseball, basketball, and football, winning the state football championship title in 1953. He graduated from Shoshone High School in 1954.

After graduation he worked for the State Highway Department in Shoshone, and enlisted in the National Guard. In January 1956, he enlisted in the United States Navy, beginning a decades long career which would take him around the world. After completing Basic Training in San Diego, California, he attended engineering courses in Great Lakes, Illinois, earning his Boilerman Class “A” from the U.S. Naval Training Center. He was stationed on the USS Tarawa CVA-40 aircraft carrier, docking at ports in Boston, Massachusetts, and Quonset Point, Rhode Island.

While in Rhode Island, he met the love of his life Elizabeth Ann “Betty Ann” Thatcher. They were married in East Providence, Rhode Island, on July 12, 1958, one month before he was to set sail towards the equator. Over the decade that followed, Dave and Betty Ann had three daughters. The family moved often, living in Newport, Rhode Island; San Diego, California; Bremerton, Washington, and Great Lakes, Illinois. Between 1960 and 1973, he was stationed on various naval aircraft carriers and destroyers. He served domestically, which took him to many international ports including Japan, South Africa, Korea, Vietnam, and Italy.

In 1973, Dave and Betty Ann purchased property north of Hailey, Idaho, where he along with his family, his father-in-law Donald Thatcher, and several friends, built a home on Grace Drive for his wife and young daughters while he was stationed in San Diego. In January 1976, he retired from active duty, and served in the Navy Reserve until 1982, ending a 30 year career in the United States Navy.

In 1976 he began working in the maintenance department for the Sun Valley Company, in his words, “Doing a lot of everything.” In 1981, he and Betty Ann started Dave’s Septic Service, which grew over the next five years into a successful company. In 1986, he retired from Sun Valley Company, allowing him to focus fully on his business. In June 1992, Betty Ann passed away after receiving treatment at Sacred Heart Hospital in Spokane, Washington. He retired from the business, turning the daily operations over to family. He began spending winters in Arizona and California, staying in Pocatello, Idaho, during summers to be close to family. In 2018, he moved to Pocatello permanently.

Dave never met anyone that he didn’t like and was called upon often by his friends and family for help. He loved to dance, hunt, fish, camp, ride horses, snowmobile, and spend time with family and friends.

Due to health precautions surrounding COVID-19, a celebration of life will be delayed until the Spring of 2021, in Hailey, Idaho, with full military honors.

Family and friends are invited to share memories, photos, stories and light a candle at: www.woodriverchapel.com
To order memorial trees or send flowers to the family in memory of David Dean "Dave" Munster, please visit our flower store.