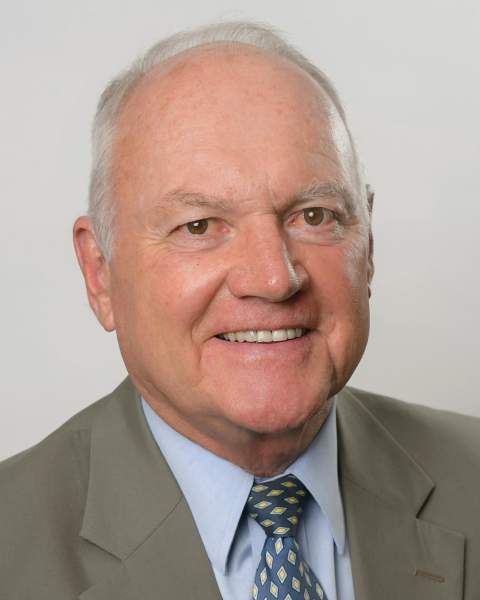 David Bruce Lincoln, beloved father and grandfather, husband, brother, and friend, passed away on August 27, 2022, at his favorite place in the world, his family’s cabin in the Sawtooth National Recreation Area. A third-generation Idahoan, David was born in Twin Falls on November 20, 1945, the second of five children born to Ray and Ida Mae (Gillenwater) Lincoln. Growing up, he played football for the Twin Falls High Bruins, single-handedly rebuilt a ‘52 Ford, and spent many early mornings working a surprise shift for his father on the family sheep ranch – usually following the nights he thought he had successfully snuck back into the house after a clandestine night out with friends. Twin Falls was also where he met the love of his life, Sheila Jeane Tipton.

After graduating high school in 1964, David attended the University of Idaho, where he found his brothers in life as a member of the Phi Gamma Delta (“Fiji”) fraternity. While missing no opportunity for a good time in college, David also made his grades. In 1968, he won a full scholarship to attend the University of California Hastings College of the Law in San Francisco. Under the condition from his father that he successfully complete one year of law school before marrying, David made Law Review in his first year and then returned to Twin Falls to marry Sheila on May 31, 1969, thus beginning their 53-year marriage and partnership.

David graduated Order of the Coif in 1971 and moved to Boise, Idaho to work at the law firm of Elam, Burke & Boyd. He soon found himself working full-time for the firm’s client, Sun Valley Company, and he and Sheila lived for nearly three years in Sun Valley, Idaho, taking full advantage of the free ski passes for Company employees. He became a partner at Elam, Burke, & Boyd, and later at Marshall, Batt, & Fisher, Moffatt Thomas, and Hawley Troxell. Specializing in real estate law, David was admired throughout the Sun Valley and Boise business communities as a lawyer of the highest ethical standards and was adored for his quick wit and great sense of humor. He was a gifted dealmaker and the most loyal of counselors.

David and Sheila had two children, Matthew and Amy, who were the greatest joys of David’s life. He encouraged in them the strong work ethic and love of sports and the outdoors that colored his own childhood. He was a constant source of quiet strength and encouragement in their lives, coaching tee-ball, smiling through squeaky violin concerts, and rooting from the sidelines throughout their soccer careers. He brought the same energy to his role as a grandfather, making sure his four California-born grandkids would know the quiet pleasure of the Idaho wilderness. He especially reveled in teaching his oldest grandkids, Ethan and Knox, how to fish at Stanley Lake.

Generous throughout his life in sharing his time and skills with his community, David served for many years in various leadership positions in the Boise chapter of Ducks Unlimited and as the celebrated “hot dog man” running the grill at the Boise Capitol Classic Kids Race. His passions included duck and pheasant hunting – especially with his beloved Springer Spaniel, Pepper – and watching football. A life-long San Francisco 49ers fan, he was rarely spotted in later years without his autographed Charles Haley hat.

A series of strokes suffered in December 2019 robbed David of much of his mobility and words, but his sense of humor and gentle spirit remained untouched, earning him new friends and fans in his recovery. David’s role as father and grandfather never changed either. He continued to lead his family, and every action he took was in the family’s interest. He took care of us to the very end. He leaves a life well-lived and a legacy of good memories – which was all he ever hoped for.

David was preceded in death by his parents, Ray and Ida Mae. He is survived by his wife, Sheila; son Matthew of Tiburon, California; daughter, Amy, of San Francisco, California; grandchildren Ethan and Maya Lincoln and Knox and Des Reduque; and siblings Steve, Lance, Linda, and Kathy.

The family is planning a private celebration of life to be held in the coming months. In honor of David’s memory, gifts can be made to Ducks Unlimited and the National Aphasia Association.