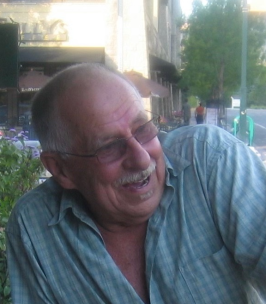 DAVID LOWELL HENRY
David Lowell Henry was born in Deadwood, South Dakota on January 5, 1939 to
Chester and Mamie Henry. He passed away on September 8, 2021 in Buhl, Idaho.

As a child David moved with his family to Seattle where they lived in the Rainier Beach
area. He graduated from Franklin High School in 1957. After high-school he joined the
US Army. He received an honorable discharge in 1966.

The Il Naso crew became David’s family with whom he lived on a compound in West
Ketchum, and here over the next 25 years he forged his dearest lifelong friendships.
David loved living in Ketchum and for many years, on any given night you could find the
well dressed Mr. Henry holding court at the Christiania in a cloud of smoke enjoying
"just a titch” of Grand Marnier.

David was a history buff and an avid reader with an extensive knowledge of WWII. He
loved music, especially opera and classical. One of David’s most prized possessions
was his extensive library of books and music collected over his lifetime.

He was a curious traveller who enjoyed seeking out and learning the history of the
places he visited. His travels took him throughout Europe and Asia. He also loved a
beach vacation and Cancun, Mexico was a favorite destination. He was a fierce lover of all animal creatures, caring for strays and wild animals alike.

David was preceded in death by his spoiled cat Bella. He is survived by the feral cat
living in his backyard, which he kept warm and fed over many a cold Idaho winter.

David was a talented fixer of almost anything and could always be counted on to show
up with his tools whenever a friend needed help. A lovable curmudgeon, with a warm and giving heart, David was a proud, true gentleman. An independent thinker who didn’t suffer fools and wasn’t afraid to tell you to “get a grip”. Which is exactly what he would say to us now for being so sad about his leaving us.

Memorial contributions in David’s honor may be made to Stella’s Shelter Fund or Best
Friends Animal Society.

A celebration of will take place on the outdoor patio at Vintage Restaurant at 3:00 pm on
Sunday, October 24.
To order memorial trees or send flowers to the family in memory of David L Henry, please visit our flower store.

A celebration of will take place on the outdoor patio