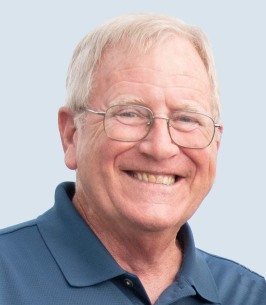 Dale D. Koonce, 75, of Leonardtown, Maryland, passed away Jan. 31, 2022, in Hailey, Idaho. Dale was born in Los Angeles, California. He attended Dorsey High School in Los Angeles and Westmont College in Santa Barbara. He served as an Army officer during the Vietnam War, including as a captain in the Third Battalion, First Infantry Division. During his two tours in Vietnam, he was awarded the Bronze Star four times, including two with V for Valor (heroism in combat); two awards of the Air Medal; and two awards of the Purple Heart.

For more than 46 years, Dale was the beloved husband of Antha Williams Koonce. He met and married Antha while living in Atlanta, Georgia, after his Army service. They lived in Atlanta for a time and then moved to King of Prussia, Pennsylvania, where Dale worked in software sales. Upon retiring, they moved to Southern Maryland, where they loved sailing on the Chesapeake Bay and were members of the Southern Maryland Yacht Club and Solomons Island Yacht Club. They had many memorable boating adventures on their catamaran, including several trips down the intracoastal waterway to Florida and to the Bahamas.

Dale was generous with everyone he knew. He loved to laugh, cook and kiss his wife at sunset. What he lacked in patience, he made up for with generosity, kindness and a remarkable sense of humor. He was a big fan of gag gifts, and couldn’t resist making a bad pun at every opportunity. But most of all, Dale enjoyed spending time with his family and friends. Dale will be forever loved by his wife and daughters, Leigh Koonce and husband Juerg Stauffacher of Hailey, Idaho, and Ashley Uhl and husband, Evan, of Vienna, Virginia; and granddaughters Anna Koonce, Alice Uhl, and Evelyn Uhl. He was preceded in death by his parents, Dwight and Grace Koonce; and his brothers, Wayne Koonce and John Mason.

A private service is being planned at Arlington National Cemetery, and a Celebration of Life will be held during the summer. In lieu of flowers, contributions may be made in Dale’s memory to the Wounded Warrior Project (https://support.woundedwarriorproject.org/).

To order memorial trees or send flowers to the family in memory of Dale David Koonce, please visit our flower store.