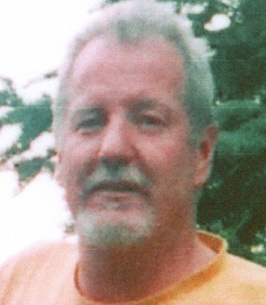 Craig was born in Huntington, Long Island, New York, on June 30, 1958, the first child of Robert and Patricia Campbell.

Manhattan Beach then became his “growing-up home,” but a big problem for his new First Grade teacher trying to find some books he had not already read.

Craig graduated from the local High School and went on to Community College for one year but then he decided that School was not what he wanted to do. At that same time in the early 70's, a friend asked him if he would like to go with him to visit his brother in Ketchum, Idaho. The boys came home from that visit, packed up their gear and went back to Ketchum with no stops along the way.

That was the start of Craig’s Idaho Life– living his first several years in a trailer at North Fork Trailer Park.
Other than a few years spent in Montana in the early 1980's, the rest of his whole life was spent in the Wood River Valley.

It was about 20 years ago that Craig’s whole life changed when he became interested in and followed through on a life of “SOUND.” He named his company “Live Audio Productions” providing Sound Services, equipment and his full knowledge for Concerts, Private Events and all areas in which Sound was required.
For this he became highly well known and respected.

Craig leaves behind his two sons; Patrick, who lives in Japan and Boone, who lives in Carpenteria, CA. He is also survived by his mother, Patricia Campbell, of Hailey; and two brothers, Christopher, of Hailey, and Patrick, of Springtown, TX.

At Boone’s request, Craig will be cremated. Plans will be made and announced for a Summer, Outdoor, Weekend Afternoon Memorial Service in Stanley, Idaho, where Craig did many concerts and frequent Sound Work and is treasured and respected by the people there also. His ashes will be scattered at that time.

Friends may leave a condolence, share a memory or photo, and light a candle at www.woodriverchapel.com.
To order memorial trees or send flowers to the family in memory of Craig Douglas Campbell, please visit our flower store.