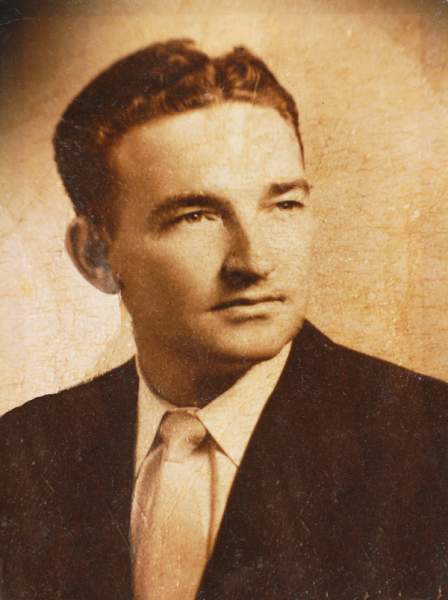 Bill was born on January 15, 1928, the eldest of six children, on his family’s farm in Leakesville, Mississippi. His early life on the farm instilled in Bill a strong work ethic that defined his character. After graduating from high school in 1946, Bill enlisted in the Army, becoming a parachutist in the 82nd Airborne. With the end of WWII, he enrolled in the Army ROTC officers program at the University of Southern Mississippi, earning a B.S. in Business and Economics. Upon graduation he was commissioned a Second Lieutenant.

While attending classes at the University of Southern Mississippi he met Mary Jacquelyn Thompson, a student in the School of Nursing. They were married in 1953 and moved to Denver, Colorado where Bill began his career in retail management with the W.T. Grant Company. They eventually started a family, having three children. Bill was a businessman at heart, with an entrepreneurial mind. His hard work ethic and talent resulted in advancement wherever the company placed him. Bill worked for WT Grant for 16 years and eventually, Bill’s desire to run his own business led him to establish a franchise operation with Hancock Fabrics. He opened Hancock Fabric stores throughout the greater Seattle area, then later in Eastern Washington. Not one to rest, even as an octogenarian, Bill ventured to create one last business. This time a restaurant called BoxCar Burgers that he opened in 2008.

Bill was a true adventurer his entire life, always ready to experience whatever was over the horizon. He was a lifelong learner. He enjoyed making new friends wherever he was, easily gathering them wherever he found himself. He especially adored his family and was clear about his love for them.

Bill is remembered for many things; his kind spirit and positive attitude, his willingness to help anyone, his dry sense of humor, and perhaps his greatest gift; his storytelling. Everyone who came into Bill’s circle would be guaranteed a well-told story punctuated with a good laugh at the end. He loved music, especially jazz, and enjoyed attending the Sun Valley Jazz Festival every year, as well as his favorite jazz clubs in Seattle, and the Jazz Festival in New Orleans. His appreciation of music was on par with his love of sports: the Seattle Mariners, Seattle Seahawks, University of Washington Huskies, and in earlier days, the Seattle Super Sonics, being a season ticket holder for many years. Bill loved the outdoors; introduced his children to skiing and instilled in them a love of nature through many camping trips to National Parks in the US and Canada. A WWII history buff, he traveled to Europe to see landing beaches and various battlefields, and later on a trip to Russia he visited war memorials and museums in Moscow and St. Petersburg.

Most recently Bill moved to the Wood River Valley in Idaho to be near two of his children. As expected, he made new friends in his new community and enjoyed spending time with them.
Everyone’s life touched by this amazing man will miss how he made us all smile.

A private interment will take place at Tahoma National Cemetery in Kent, Washington.

The family would like to express our gratitude to the compassionate caregivers at Bell Mountain Village, and the thoughtful and supportive nurses and volunteers at the Hospice and Palliative Care of the Wood River Valley.

In lieu of flowers, please consider a donation to the Hospice and Palliative Care of the Wood River Valley, P.O. Box 4320, Ketchum, ID 83340, www.hpcwrv.org, or the Senior Connection, P.O. Box 28, Hailey, ID 83333, www.seniorconnectionidaho.org


To order memorial trees or send flowers to the family in memory of Bill Cooley, please visit our flower store.