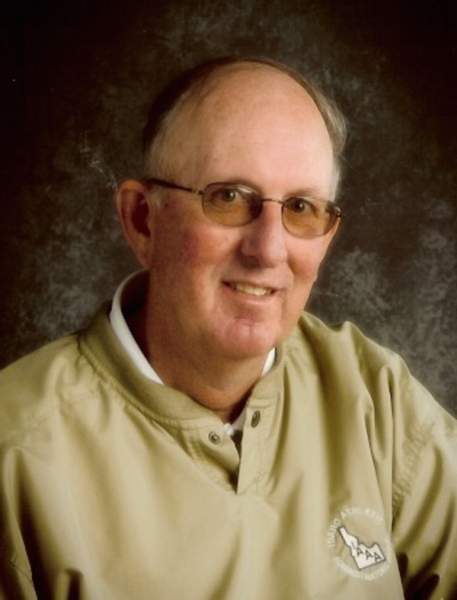 Lee W Cook, age 67 passed away peacefully at his home in Carey, Idaho, on January 5, 2016. Lee was born on July 18, 1948, in Hailey, Idaho to L. Garth Cook and Iris O. Wilde Cook. Lee met his wife while attending Boise State College. He married his beautiful bride Sandy Lee Cammack on September 14, 1974, in Carey. Later they were sealed for time and eternity in the Idaho Falls Temple. They enjoyed 41 years of marriage raising 5 sons James, Cameron, Aaron, Lee Jay, Tyler, and 1 daughter Kelly.

Lee was raised south of Carey, on the banks of the beautiful Silver Creek, with his brother and two sisters. This is where he developed his love for farming, fly fishing and hunting with his father, later sharing these favorite activities with his family. Before finishing high school, their family moved to the Fish Creek farm where Lee and Sandy currently live.

After graduating from Carey High School in 1966, Lee attended Ricks College. In 1969, he headed north to serve a 2 ½ year LDS mission among the people of Helsinki, Finland. He spoke often about his mission experiences. One experience he was particularly fond of sharing, was his ability to learn the Finnish language by studying the Book of Mormon with others. After his mission, Lee attended Boise State College, graduating with a Bachelor of Science degree in Education.

In 1984, Lee began his rewarding career working for Blaine County School District as a teacher, coach and athletic director at Carey School. He loved his job and was very successful at it. Lee helped coach numerous state championship teams and earned state athletic director of the year award. He enjoyed his friendships with the students and fellow teachers. He was an influence for good in the lives of hundreds of students who passed through the doors of Carey School. Several of the students enjoyed him so much that they worked for him on the family farm during the summer months. Of course this also cured many of them of ever wanting to work on the farm again. There are many wonderful memories from his 30+ years of service.

One of Lee’s defining characteristics was his love for people. Everywhere he went he had a friend, “Holy Mackerel” did he know a lot of people. He always had a listening ear and a word of advice. Lee loved his family and was a wonderful grandfather to 13 grandkids. He cherished the time he had to hold them and read or tell stories beside the fire. Whether waiting in line for a horsey ride on his knee or learning the finer art of hooky bobbing they were always excited to see Grandpa.

Lee had a strong testimony and belief in his Savior, Jesus Christ. He taught his family the gospel and loved serving in the church. He worked in various capacities and was currently serving as Bishop of the Carey 2nd Ward at the time of his passing.

Funeral Services will be held Monday, January 11, 2016, at 2:00 p.m. at the Carey LDS Stake Center. The family will greet friends prior to the services from 12:00 to 1:45 p.m. Interment will follow at the Carey Cemetery.

Lee was a friend to everyone and is gone to soon. He will be greatly missed by his family and friends.

To order memorial trees or send flowers to the family in memory of Lee Cook, please visit our flower store.