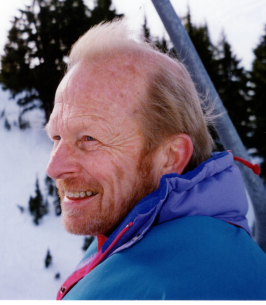 He graduated from Yakima High and The University of Washington with timeout for a winter in Sun Valley and a stint in the army in between. He was last employed as CFO for a large fruit company in Yakima WA before retiring in Sun Valley to enjoy his love of skiing and the mountains.

Chuck loved and was devoted to his family and was so very proud of his daughters, the men they married, and his grandchildren. Friends might consider a gift to their favorite charity in his memory.

He requested no service. Friends are invited to share a memory or photo at woodriverchapel.com
To order memorial trees or send flowers to the family in memory of Charles Raymond Bohlke, please visit our flower store.