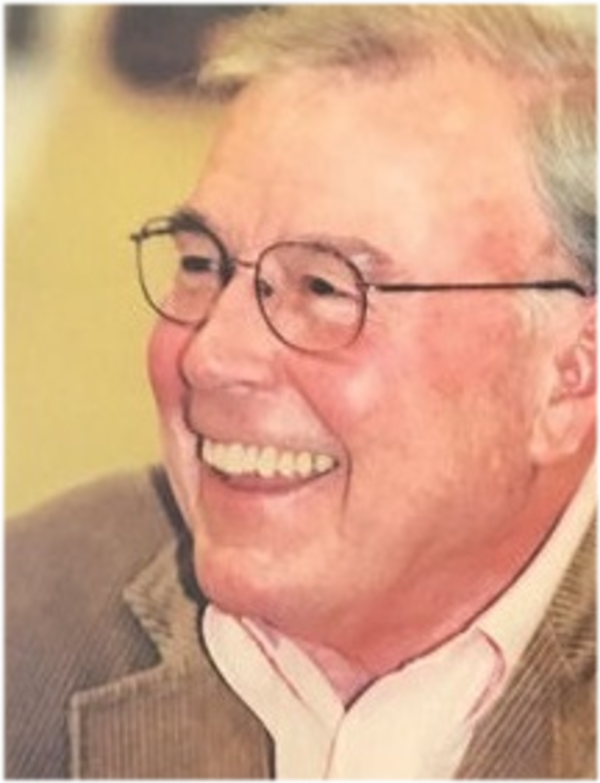 Maurice M. Charlat was born to Dorothy Skinner, a Londoner, and Marcel Charlat, a Frenchman, in Richmond, Calif., on Dec. 1, 1932. It was often said he arrived wearing a blue blazer and saddle shoes, destined to be a gentleman who spoke perfect English without a French accent. Dorothy won on language, Marcel on handsome. We had no Church of England so he became Catholic. His second language was Latin with no accent. The Nuns of St. Matthews Grammar School trained him well as a scholar and altar boy. The Jesuits at Serra High continued his education. He pursued his Eagle Scout in record time. San Jose State became finishing school in all things fun, female, sporting, cars and character building. With cars, he preferred them fast and preferably someone else’s. Further, he learned a lot about them working in a gas station to put himself through school. As a kid, he played stickball, kick the can and baseball. As an adult he enjoyed tennis, golf, skiing, bird hunting, sailing and horse riding. Work was important and he had great respect for those who did it well. Capable, industrious, ambitious and pragmatic, he was a paperboy, busboy, insurance adjuster and, ultimately, a senior executive. He was a good mentor to a lucky few. His management style emphasized the positive—lauding and encouraging led to improvement of the team. He answered his own phone. He typed his own letters. He was, by today’s standards, a modern man.

During the Korean War, Maurice joined the Army. Before reporting, however, he went to Reno, Nev., to work in a casino, where he fell in love with a chorus girl, Elaine. Seven weeks later they were married. A year later, stationed in Darmstadt, Germany, his MOS was personnel, where he formed a teaching staff to educate soldiers on European issues. After three years of service, he left as a sergeant first class. A year later, Maurice became the father of a baby girl, Pamela, and landed a new job on the same day in advertising and marketing with a small cannery. They gave him a raise because girls are good luck. In a few years, a baby boy, Joshua, was born, and another raise. Boys are good luck too. He loved the food business and formed many lifelong friends within various facets of the industry. He became president of the consumer products division of the American Can Co. in Greenwich, Conn. Later, he formed Senior Marketing Partners, a consulting firm, and then became a food broker in Los Angeles. As an industry leader, he was honored to chair the City of Hope Benefit Gala, as well as the Honoree for the Christian & Jews Fund event in LA.

Travel was a family activity, very often in Escargo, the family motor home. He often said, “The world’s your oyster” to his grandchildren as well, Casey and Sam Colesworthy. Skiing brought the family to Sun Valley and it was love at first sight. And so it came to pass that here they lived happily ever after. Maurice served on Ketchum City Council from 2002-2004, the boards of SV/Ketchum CVB, Fly Sun Valley Alliance and KART (now Mountain Rides), and was commander of the David Ketchum Post of the American Legion. He loved the Wood River Valley and did his best to contribute to its well-being. Community, friends and family will remember him fondly.

A service will be held on Saturday, Sept. 9, at 11 a.m. at the Ketchum Cemetery, followed by a reception at noon at the American Legion Hall. In lieu of flowers, donations may be made to Hospice of the Wood River Valley. He passed on Sept. 1, 2017.

To order memorial trees or send flowers to the family in memory of Maurice Charlat, please visit our flower store.