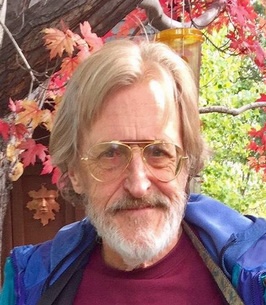 David Stuart Chadwick born in Windermere, England, December 10, 1941 passed away on December 20, 2020 from complications of pneumonia (non covid related) in his home in Hailey, ID.

David, known as Chad Stuart, became well known in the early 1960’s as part of the famous British duo Chad and Jeremy. He is known for writing and recording many songs such as “Yesterday’s Gone”, “Summer Song”, and “Willow Weep For Me”. Chad also performed in many television shows such as Johnny Carson, Batman, Patty Duke and Dick Van Dyke. He was one of the vultures in the original Disney Jungle Book. Chad and Jeremy continued touring until their final show in 2016. He not only enjoyed performing but especially delighted in connecting with his fans. Beyond touring, Chad was passionate about giving back to his community. He donated to Habitat for Humanity, The Humane Society, Horse Rescue and many other benefits.

Chad was a father, a husband, a brother, a grandfather, a friend, a mentor, a teacher and an inspiration to many. The world has lost a legend, but his voice will continue to touch our lives through his music. Chad’s talent was endless and unparalleled. His melodies melodic, words tender and songs hard not to sing along with. Chad not only taught but deeply touched many people in this community making long lasting relationships. As Chad’s daughter Beth said, “He is part of the design of so many humans and was the sail that caught the wind for us all to help us navigate.” Chad was loved by many including his adoring wife, Julia Shelly, his children, Beth Stuart, Beau Stuart, Andrew Stuart and Patrick Stuart, and his step children, Devin Kelly, Hallie Kelly, Cassi Shelly, Owen Shelly and Tyler Shelly. Truth is,though, the world was his family.

In lieu of flowers, donations may be made to Hospice and Palliative Care of the Wood River Valley. www.hpcwrv.org