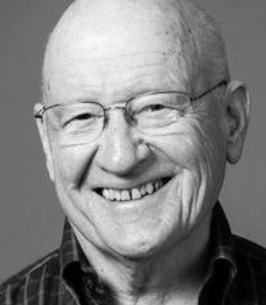 Richard Alan Carr, or Dick, passed on Dec. 31, 2018, at home, surrounded by family, less than an hour before the new year.

Broadly loved and respected for his sincere and positive spirit, Richard touched many lives—as husband, father, friend, philanthropist and business partner. He was an inspiration, a role model and a father figure to many. He will be deeply missed. With great passion for the outdoors, Richard shared his love of hiking, backpacking, skiing and fishing—instigating, planning and leading many adventures. He gave of himself for the causes true to him, from his sons’ Boy Scout troop, to Trout Unlimited, to his role as chairman of the board of the Wood River Land Trust.

Born in Chicago, Ill., in 1936, Richard spent his high school years in Ludington, Mich. After graduating from Michigan State University and serving in the Army, Richard headed west, settling in the San Francisco Bay Area. A licensed civil engineer, he quickly excelled at sales and marketing, beginning his career at Armco Steel. Richard then joined McKinsey & Co. and earned an MBA from the University of San Francisco. Later he became part of the leadership of many business ventures (including Delta Dialers, Computer Network Systems and Digital Telephone Systems) and a consultant specializing in the fast-emerging telecommunications industry.

He married Carol Cook, and the couple raised two sons in Piedmont, Calif. Fond family memories center around many outings in nature and the family cabins at Lake Tahoe and later Bear Valley. Richard gave his family rich and diverse experience in life, learning and adventure.

His final grand chapter was his almost 20-year relationship with Jeanne Meyers. The couple mutually influenced each other’s passions; Richard exploring deeper Jeanne’s love for culture and the arts, and Jeanne diving further into Richard’s eco-adventures. This symbiotic relation brought them from the Bay Area to Hailey, Idaho, where they married in 2005. They enjoyed supporting the vibrant Sun Valley arts community, natural surroundings and their global travels to India, Japan, the Galapagos, Bhutan and many other destinations.

In lieu of flowers or gifts, the family requests donations in Richard’s name directed to the Wood River Land Trust of Hailey, Idaho.
To order memorial trees or send flowers to the family in memory of Richard Alan Carr, please visit our flower store.