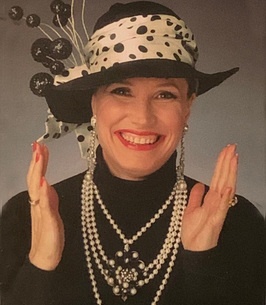 Carla Garrison passed away at home in Hailey, Idaho on November 2, 2020 with her family at her side.

Carla was born on April 28, 1940 in Seattle, Washington to Carl Van Gries and Priscilla Llewellyn Van Gries. She grew up in the Madison Park neighborhood of Seattle where she attended McGilvra Elementary, Garfield High School and the Helen Bush School. During her younger years she could be found bicycling around the hills of eastern Seattle, or diving from the pilings at Madison Park Beach to entertain ferry passengers. She loved horses and spent part of every summer at Jimmy Rainwater’s Flying Horseshoe Ranch in Cle Elum.

She attended the University of Washington where she met Mike Farman and discovered the game of bridge. They married in 1962? Mike enlisted in the Army and they were stationed in San Pedro, California where both their son Tracy and daughter Laura Leigh were born.

When Mike was discharged from the Army, they returned to Enumclaw, Washington where they both worked in the family business, Farman Pickles. Carla rode her horses, raised her children and traveled to bridge tournaments with the family.

In 1968, Carla achieved the rank of Life Master, the American Contract Bridge League’s highest ranking at that time.

In 1980, Carla married John Garrison in the Seattle house they had tripled in size in order to accommodate Carla’s shoes.

Carla loved real estate and joined Windermere real estate in Madison Park. Her colleagues there and in the Roosevelt Square office have been lifelong friends. Her smile could light up a room, and for her, every day she went to work was a costume party.

In 2001, twice having survived breast cancer, Carla was determined to walk in the Seattle area’s first 3- day breast cancer walk. Her doctor advised against this, stating that she was in dire need of a knee replacement. As was her style, she informed the doctor that she was going to do it and that his job was to recommend the equipment, or to prescribe the medications that would allow her to finish. She helped many women reach the sponsorship level required to participate. She completed the 60 mile route from Enumclaw to Seattle Center during the 3 hottest days of the summer, arm in arm with her team and to the cheers of friends and family

Carla and John traveled frequently to Sun Valley where John had been visiting since the 60s. They purchased a home there in 1982 As the years passed, they were increasingly drawn to Sun Valley, spending more time there than any other place. They moved to their Sun Valley home when they both retired in 2008. They skied, golfed, hiked and biked. They met friends nearly every day at the Wood River Valley’s favorite gathering spots. Carla loved everyone in the community.

As her illness progressed, her greatest joy each day was going for a ride, looking at the beauty of the mountains, and dropping in on her many friends. John and her caregivers were with her always. Starbucks was a frequent stop each day. She would insist on talking to every customer, barista, and friend whom she encountered there. Hugs to strangers were part of who she was.

Parts of Carla left us early and now the rest has caught up.

A Celebration of Carla’s life will be delayed until circumstances allow. Cremation took place under the care of Wood River Chapel. Everyone is invited to share condolences, memories and photos at www.woodrivrchapel.com.

For those wishing to remember Carla, a Memorial Contribution to Hospice and Palliative Care of Wood River Valley, P. O. Box 4320, Ketchum, ID 83340 would be appreciated.
To order memorial trees or send flowers to the family in memory of Carla Garrison, please visit our flower store.