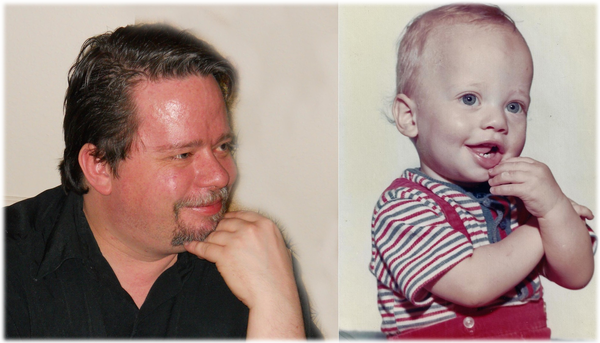 On May 2, 2018, the Wood River Valley lost one of it’s kindest souls. A friend to all he met. He was a father, brother, son, grandson, nephew, uncle, cousin and friend. He was loved by so many.
Born in Pocatello, Idaho March 26, 1970 he spent his first years in Pocatello with his mom, dad, brothers, sisters, grandparents, aunts, uncles, cousins and friends.
He attended Tyhee Elementary and graduated ninth grade from Hawthorne Junior High in 1985.
The family moved to Hailey, Idaho where once again Dale was surrounded by family and friends. He graduated in 1988 from Wood River High School. He enlisted with the Idaho National Guard in 1987 and was honorably discharged in 1995. During his high school years, he worked at various restaurants. He played football and basketball at Wood River High School. In 1990 Dale and Tara Shellhorn were blessed with a daughter, Kennedy Dalene Byington. She was the apple of Dale’s eye.
When Dale was about ten years old, his parents took him to a fancy restaurant. He kept looking around with the most amazed look on his face and finally told his mom and dad that he wanted to be in the restaurant business when he grew up. He wanted to run a fancy restaurant, and that is exactly what he did.
Dale started working in the food industry very early on when he was about fifteen. He began his restaurant career at the Stage Stop in Hailey, then moved on to the Ore House in Sun Valley. He went to college for one year but realized he would rather do what he loved, working in restaurants. Dale came home and started working at the Sawtooth Club in Ketchum, ID. in 1990.
He left for a few years to work in Seattle Washington, of course in restaurants, Planet Hollywood, Seattle Crab Co. and Ruperts in Redmond, WA. He then traveled to Thailand to open Planet Holloywood, but he soon returned because he missed the United States. When Dale returned home from Thailand, he went back to work at the Sawtooth Club, where he worked until December of 2017 when he became too ill to continue.
Dale loved his Sawtooth family almost as much as he loved his biological family. Tom Nickle always had a special place in Dale’s life.
In his spare time Dale loved playing softball, golf, lifelong collecter of sports memoribilia, and also a huge fan of John Elway/ Denver Broncos, as his sister would say "not everyone is perfect".
Dale was preceded in death by his grandparents, Jim and Ida Brooks, Vernile Byington, cousins, Cord Byington and Keith Byington.
He is survived by his parents Darryl and Darlene Byington, his daughter Kennedy Byington (Brandon Fry), brothers Ty Byington (Jennifer), Cody Byington (Emily Smoot), sisters Nikki Davis (Dave Summers) and Sandee Byington, and his brother from another mother, Antonio Garcia. Nieces Samantha Black, Alexis Byington, Savannah Byington and Leilah Spencer. Nephews Jason Black, Dylan Black, Riley Davis and Ethan Byington. Grandmother Mary Byington and many aunts, uncles, cousins and friends.
Graveside service to be held at Hailey Cemetery at 11:00 am,Saturday, May 19 followed by a luncheon at the Life Church, 931 North River Street, across from Albertsons, Hailey.
The Sawtooth Club will be hosting a life celebration for friends and family at the Sawtooth Club in Ketchum on May 29th at 5:00.
In lieu of flowers, please send contributions to the nonprofit organization Hospice and Palliative Care of the Wood River Valley, PO Box 4320, Ketchum, ID 83340.

To order memorial trees or send flowers to the family in memory of Dale Byington, please visit our flower store.