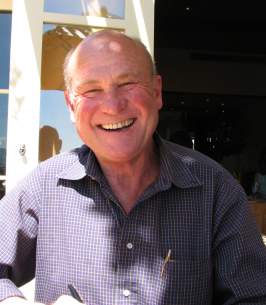 On January 7th, 2019, Robert Ben Bradshaw, known to all his family and friends as simply “Ben”, passed away at the age of 77.

Ben was born on February 27th, 1941, to Douglas “Buzz” and Myrle Bradshaw in the small town of Wendell, Idaho. Growing up, Ben enjoyed horseback riding, hunting and the wide-open spaces of Idaho with his brother Doug. He graduated Kemper Military School and completed his business degree at the University of Idaho, where he met his future wife, Sara Galloway. Upon graduation, Ben received his commission as a 1st lieutenant in the U.S. Army and served in Okinawa until returning in 1966. It was then that Ben co-founded the California based Bradshaw food brokerage business, which was to become a thriving international company that continues to grow today. He was a member of the American Legion and active with the Indian Wells Country Club. As an enthusiastic outdoorsman, Ben also served on the board of directors of the Idaho Foundation for Parks and Lands, and enjoyed supporting the organization.

Services will be held at St. Thomas Episcopal Church, Ketchum, Idaho; on Saturday January 26th at 1:00 pm.
To order memorial trees or send flowers to the family in memory of Robert Ben Bradshaw, please visit our flower store.