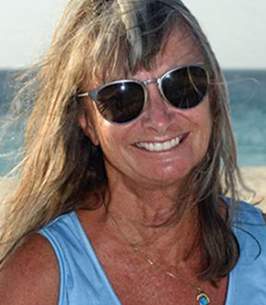 Betty Ann (Schroeder) Urbany was born Sept. 15, 1951, in Roseburg, Ore. She was the fourth of 10 children born to Willard and Edna Schroeder. She passed away in her home April 8, 2020, in Bellevue, Idaho, of natural causes at the age of 68.

Betty grew up in North Bend, Ore., and graduated from North Bend High School in 1969. Betty became the proud mother to Sam, her only child, in 1971. She married Dane Urbany in 1975, and they moved to Ketchum, Idaho, in 1976, where together they raised her son. They raised Sam to love the outdoors, skiing, camping and rafting. Betty was a welcoming mother figure who opened her home to many of Sam’s friends. She was an avid traveler, had a passion for reading, enjoyed bowling with her league and loved to hike and be outdoors with her beloved fur-babies, Sadie and, as of late, Molly. Betty never met an animal she didn’t like. Betty took a lot of adventures with Sam and his wife, Alexis, and their twin boys, Dylan and Dayne. Their most recent adventures were Aruba, where she fell in love with every stray cat on the island, and Costa Rica, where she may have wanted to join the monkey troop that frequently visited them.

Sam, Alexis and their boys were Betty’s whole world. Her greatest joy was raising her son and then being a “G-ma” to Dylan and Dayne. She was an amazing mom and an even more amazing grandma; there was not a thing in this world she wouldn’t have done for them. Although Betty was little (only 4 feet, 11 and a half inches, but she would tell you three-quarters), she had a huge heart. She was a cherished mother, grandma, mother-in-law, sister, daughter, sister-in-law and aunt, and all who knew her loved her. She had a great sense of humor, so much that Dylan and Dayne often called her “LOL” which for her meant “Little Old Lady.” You could often hear her singing her made-up songs to her animals. Simply put, Betty was the best, and you would hear that quite frequently from people who knew her.

Betty was a dedicated employee where she worked with her close friend and co-worker Lindy Uberuaga at Bisnett Insurance (formerly Sandra Brown Insurance). She recently retired after working there for 30 years.

She was preceded in death by her parents, Willard and Edna Schroeder; former husband, Dane Urbany, and his parents, Eddie and Lydia Urbany; and nephew, Trever Schroeder.

A celebration of Betty’s life will tentatively be held in September 2020, her birthday month.

Arrangements are under the direction of Wood River Chapel in Hailey, Idaho. In lieu of donating flowers, please make a donation in Betty’s honor to Mountain Humane animal shelter.
To order memorial trees or send flowers to the family in memory of Betty Ann Urbany (Schroeder), please visit our flower store.