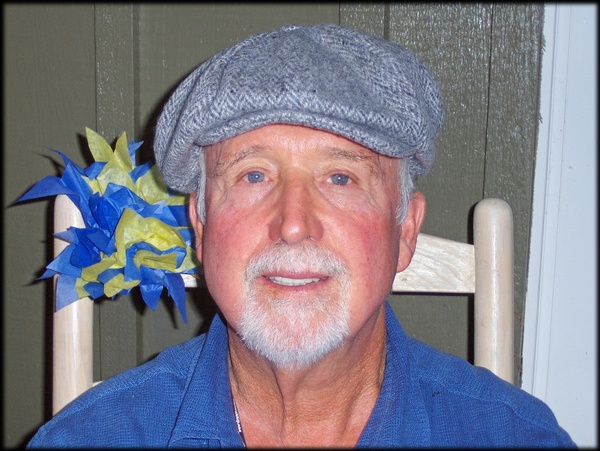 Bret W. O. Berier 72 Of Sun Valley, Idaho passed away June 7th, 2017 at his home surrounded by his loving family and close friends.

Born May 30th 1945 and growing up on a “walk street” in Manhattan Beach, California Bret nurtured his love for adventure and independence. Beach volleyball, skiing throughout the Rockies, sailing, windsurfing, dirt riding his numerous motorcycles and riding his many bikes are a few of the sports that he enjoyed. His love for riding his bicycle was never more apparent than at the age of 14 on his bicycle with a few dried fruits and nuts and a sleeping bag he took off from Manhattan Beach for a 500 mile roundtrip ride to Sequoia National Park. While his parents and the local Daily Breeze Newspaper waved goodbye off he pedaled into an adventure of self-reliance, new friendships, bears, odd jobs, bad weather and great memories.

At the age of 21 after graduating from the California Institute of Computer Engineering he settled into a specialized and fairly new field of computer technology. After learning the now ancient computer languages “DOS” “FORTRAN” and “COBAL” he went to work for TRW Systems where the “computers were as large as a room”. He carried his love and knowledge of computers with him when he and the love of his life, Lori, found themselves in Ketchum Idaho in 1969 arriving at midnight during a full moon. Their first home was care taking a small log cabin which is now the Vintage restaurant. Bret would often brag that he had the first fax machine in the Wood River Valley. Who knows if that was actually true.

In 1970, with his wife Lori they opened one of Ketchum’s first preschools, Happy Faces, in the original site of the Presbyterian Church. Some of the pillars of our community today had their humble beginnings at Happy Faces. Bret also worked in construction in Sun Valley but his desire for adventure beckoned and off they went to Mexico and Central America for 2 years. Again, a life changing experience of roads to nowhere, villages speaking their own language dialect and camping among ancient aqueducts and ruins. The love of Mexico was forever engrained and in 1998 he designed and built a family home on the beach in Mexico for his wife, two daughters, son in laws, five grandchildren and many friends to enjoy for years to come.

In 1975 Bret started building some of the first homes in the new subdivisions of Della View and Woodside in Hailey, Id. He started on a long journey of designing custom interiors and home furnishings. By 1979 with a 4-yr. old, Jasmine, and a newborn, Chloe, he and Lori opened Topnotch Fine Furnishings and Interior Design. For the next 35 years, he enjoyed seeking out the unusual in home furnishings, designing and building custom furniture and working with clients who soon became lifelong friends.

His sense of humor and gift for story telling would carry you along on a journey that his friends and family hold dear today. Life was funnier and the adventure grander with Bret by your side. He is survived by his wife of 47 years Lori, His 2 daughters Jasmine Berier (Dylan Stocker) and Chloe Berier (Grant Gager) 2 sisters Susan (David Baskerville) Nicola (Steve Voorhees) 5 beloved grandchildren Ginger, Van and Coral Stocker, Cade and Grey Gager and Micki Skudlarczyk a daughter in spirit.

He was a lucky man in many ways and his luck held as he was fortunate to have loyalty, love and dedication from caregivers, family and friends. If he were standing here today he would say “I’m off like a cheap toupee” and just like that he would vanish leaving behind a legacy of family and dear friends.

A celebration of life will be held in July for all family and friends to share a story or a few laughs.

To order memorial trees or send flowers to the family in memory of Bret Berier, please visit our flower store.