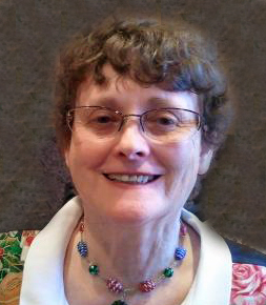 Becky Ann Brown “Hector” passed away on April 6th at the age of 78. She was born in Hailey, Idaho to Bill and Aileen Brooks and was the oldest of six siblings. From a young age she was always a high energy person who could take charge and organize the family. Growing up she was “The Boss” of her younger siblings while her parents spent evenings running the Liberty Theater. After attending Mary’s Academy of Cosmetology in Provo Utah, she worked at Marinello Hair Styling, a salon that had been founded by her grandmother Winnie Brooks. She and her sister eventually took over the salon and ran the business successfully from 1972 until she retired.

On January 29, 1966 she married the love of her life, Francis Brown and they made their home in Gannett. Together they enjoyed camping, boating and taking the family water skiing. She was always close to her parents and would often join them to work on their gold claims and spent winters in Yuma, AZ with them.

As her health declined, she expressed gratitude and appreciation for the all the support she received from her family, the Senior Center, Hospice Care of the Wood River Valley, Dr. Fairman and Dr. Lindholm.

She was a generous spirit and will be greatly missed.

To order memorial trees or send flowers to the family in memory of Becky Ann Brown, please visit our flower store.