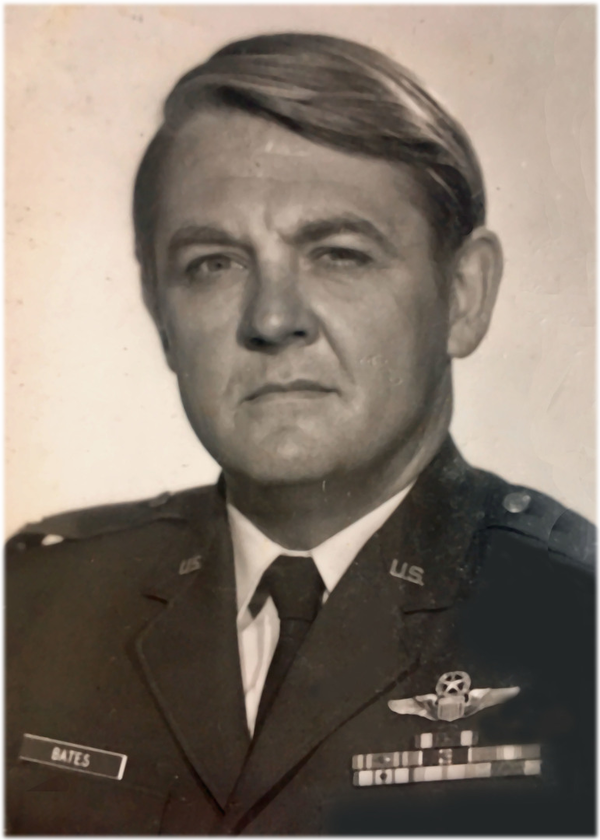 Col. Austin Brewster Bates flew west on Aug 13, 2018 in his beloved town of Ketchum, Idaho surrounded by the mountains where he skiied for most of his life. His passing was peaceful and elegant, like the way he lived. Austin fought Parkinson’s disease as the brave warrior he was, never complaining, consistently sweet and loving. His positive attitude, dedication to his country, his love for people and animals were felt by all who knew him.

Austin was born in Akron, Ohio on July 11, 1937 to Margaret and Paul Bates. He moved to Arizona in 1942 with his parents and three sisters, Maggie, Dorothy and Sandra.

Austin was commissioned as Second Lieutenant in the USMC, 1959. He was assigned as the advisor to the Republic of Vietnam with unrestricted aviator capacity, and served as Presidential pilot to the presidential family and province chiefs.

Six years active duty in the Marine Corp., Col. Bates acquired over 17,000 hours of flying time, never declining a mission, with a total of 240 missions during the Vietnam War. Following his active duty in 1965, Col. Bates transferred to the Air Force Reserve and joined the Arizona Air National Guard where he served an additional 16 years, for a total of 22 years of service to the United States of America.

In 1969, Austin began to fly commercially for Bonanza Airlines, Hughes West, Republic Airlines which eventually became Northwest Airlines and then Delta, and retired after 33 years at age 60. He continued to fly his private aircrafts after retiring and enjoyed horses, dogs and cats, business ventures, fishing, skiing, boating, eating, music and dancing. He was a true gentleman. He will be deeply missed.

Services will be held at 9:30 am, Tuesday, September 4 at the National Memorial Cemetery of Arizona.

Friends are invited to share a condolence, photo or story and light a candle at www.woodriverchapel.com

To order memorial trees or send flowers to the family in memory of Austin Bates, please visit our flower store.