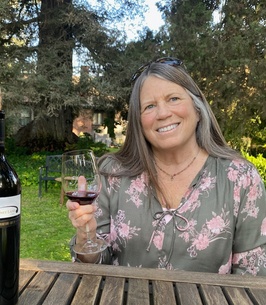 Barbara L. Gehrke of Hailey, Idaho passed away peacefully with her family by her
side on May 1, 2021. She lost her battle with AML leukemia and was 72 years old.

Born 8/20/1948 in Coronado, CA. to Admiral Ralph and Mary Lynch, a Navy family
that always lived by the ocean. She attended elementary school in Point Loma,
middle school in Rancho Santa Fe, and high school in La Jolla, CA.

Shortly out of high school she gave birth to her daughter Julie Ann and spent
much of their free time at Windansea Beach, while she worked at the San Diego
Unified school district.

She divorced and was ready for a road trip to the mountains and in the spring of
1971 came to Ketchum to see some friends and met her future husband Bill.
Within days of that first meeting, they fell in love and she took Bill’s van and went
back to San Diego to get her daughter Julie and returned back to the valley. So it
began, the roller coaster of life with the kindest, most beautiful spirited person a
partner could ever ask for.

Barbara began working for the SV Catalogue Company, but eventually, with her
popcorn wagon in front of the sports center and close proximity to the SV buses,
she soon became known as “The Popcorn Lady” often frequented by the rich and
famous.

We were one of the few couples in our circle of friends to have a child, so Julie
just came along wherever we went. Whether it was water skiing and boat
camping at the end of one of the lakes or for an apres ski beer in the “Pioneer”
Julie was always there. As our friends began to have children, so did we and
added another son and daughter to our family. Barbara’s dedication for “love of
family” was all that was important.

Barbara’s infectious smile and intense satisfaction of just being a mother made
her an easy person to like. A loving wife, mother, and grandmother, she was the
rock that kept our family together. It was an amazing accomplishment!

Preceded in death were her father and mother Admiral Ralph and Mary Lynch and
grandson James Wells. She is survived by her husband Bill, their daughter’s Julie
Wells Hoskins, and Krista Gehrke and son William Gehrke IV. Grandchildren, Jesse
and Samantha Keefe and her sister Janet Lambert and brother Tom Lynch who
both reside in California.

A “Celebration of Life” will be held at the Gehrke family home on June 12th from 1
to 4 pm. She will be missed by all that knew her.
To order memorial trees or send flowers to the family in memory of Barbara L. Gehrke (Lynch), please visit our flower store.