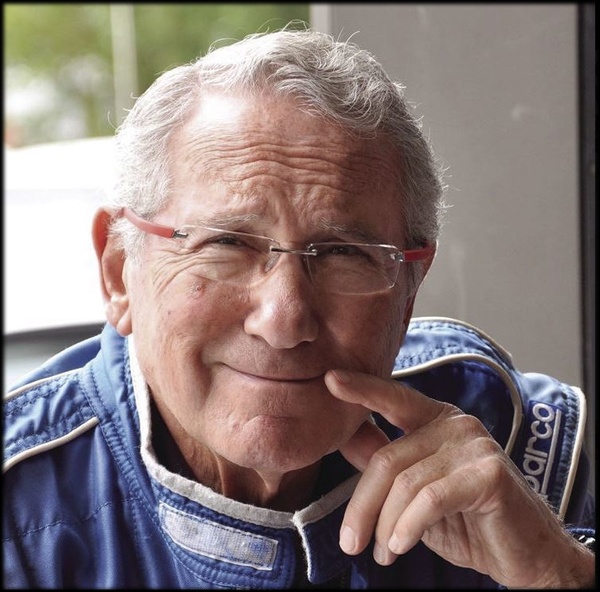 Bob Baker was born on April 3, 1930, to Abe and Helen Baker in Walnut, Iowa. The first child of three, he grew up in the rural heartland and was dearly loved by his parents. He was soon followed by his brother, Jack, and a number of years later his sister, Debbie, was born. Bob was instilled early with a sense of the importance of hard work. Bob and Jack worked at the family business through their school years and came to assume their role as providers for the family in the face of hard economic times.

The family business grew, and eventually the family moved to Omaha, Neb., where Baker’s Supermarkets had its beginnings. Bob attended Central High School and quickly adjusted to city life as a student and as a member of the Omaha Jewish community. This membership was particularly important, as World War II and the Holocaust were very recent history at the time.

His social life was centered around a young woman he met when he was 16—Sonya Pradell. They fell in love and went steady through high school and as Bob went on to attend the University of Nebraska and continued to help run the family business with his father and brother. He joined the Air Force ROTC and had an active fraternity life with Zeta Beta Tau. Bob went on to marry Sonya in 1951 as he neared his college graduation.

Bob graduated with a degree in zoology in the hope of becoming a doctor. Instead, he continued in his military career as a lieutenant in the Air Force. Bob and Sonya had their first child, Scott, in 1953. Bob was stationed at Yokota Air Base in Japan and was joined by Sonya and Scott shortly thereafter. Bob had no shortage of “colorful” stories from his time in Japan in the service.

The fledgling family returned to the U.S. after the Korean conflict was settled and they moved into the newly built family home in West Omaha. Their second child, Bruce, was born and Bob’s focus shifted to his growing family and the growing family business. Baker’s began to expand into a local chain of supermarkets. Prosperity and more hard work brought the opportunity for Bob and Sonya to enjoy the honeymoon they never had: a Union Pacific train journey from Omaha to Sun Valley, Idaho, to learn to ski! The honeymoon became an annual trip for the couple and eventually included the kids. Soon enough the family grew with the birth of their third child, Danny.

Bob continued to work with his father and brother to develop the business into an American success story: a business built on customer service and building relationships. Bob never forgot about his family relationships as well. He always made time for family activities with the kids. Tennis, waterskiing, fishing in Canada, riding dirt bikes and showing and eventually racing vintage sports cars all offered plenty of memories of wonderful father-son “quality time.” Above all, family ski vacations in Sun Valley were the ultimate stuff of great family memories.

Bob and Sonya always dreamed of living in Sun Valley, and in 1981 they bought property and built their dream home there. At first it was a second-home getaway, then (in a second iteration) a retirement Shangri-La. Bob and Sonya reveled in their good fortune to relax and enjoy all of the beauty of central Idaho. “You just can’t beat this,” he would say on an almost daily basis. He had only one response when asked how the skiing was that day: “Fabulous!”

Bob also enjoyed travels with Sonya, most often to participate in racing events around the country and across the globe. His vintage car collection and getting those cars out for rallies or races was his favorite pastime. Sonya was his navigator on rallies, and son Danny was his teammate in the pits and on the track. Bob drove competitively well into his 80s, in fact turning some of his fastest laps just a few years ago!

Bob Baker loved life. He lived life large. He was successful in love and marriage, in business and in his passion for racing cars. He was successful in raising children who loved him and in building lifelong friendships. He was wise enough to take time to be grateful for what he had and for the opportunities he had to enjoy his good fortune with others. He was generous and kind and loving with his children, grandchildren and great-grandchildren. He had a wicked sense of humor and he wasn’t afraid to call BS on nonsense. He was a good man, a great dad and a loyal friend who really had your back. He was a devoted husband who saw Sonya through a period of extended illness and lovingly cared for her through thick and thin until her death in 2016.

To order memorial trees or send flowers to the family in memory of Robert Baker, please visit our flower store.